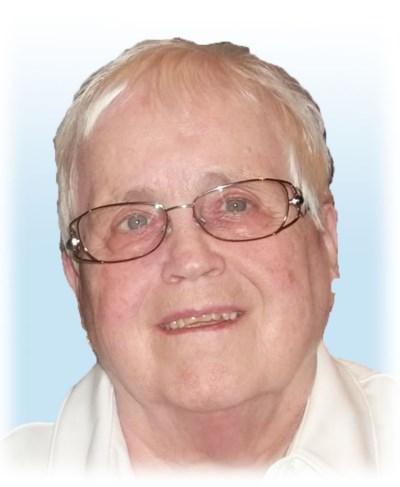 Sadly the family of Patricia Mae Dodd of Olds, AB announce her passing on Thursday, April 30, 2020.

Pat was born in Lethbridge, AB on July 4, 1934 to Pete and Vera Shepherd.  The family moved to Sundre, AB where Pat attended school and when she was 16, the family moved to Olds where Pat lived for most of  the rest of her life.  In the early 1970s Pat decided to go to Olds College to upgrade her high school and then enrolled in Secretarial Arts right away and graduated with honours!

In 1974 she married Terry Dodd.  Together they worked hard to maintain a beautiful home, garden, yard and flower beds.  On weekends they loved to camp and spend time with their large group of friends.  They took many trips taking them as far north as Dawson City YT and south to Jackpot NV.  They travelled east as far as Quebec City and west throughout BC.  Some of those trips were for Legion conventions which they loved attending.  They took many vacations in their beloved motor home to visit friends and family.

She is lovingly remebered by her husband, Terry Dodd; 1 sister, Gerry Grabher; 2 children son, Terry Shepherd; and daughter, Gail (Chuck) Akister; 2 grandchildren, Dawn (Robin) Austin and Dustin Shepherd (Jessica Ward); and 3 great-grandchildren Ryder, Blakely and Jacob.  She is also survived by  brother-in-law and sister-in-law, Art and Alice Dodd as well as many nieces and nephews. Pat was predeceased by her parents, Pete and Vera Shepherd; 2 brothers, Ted and George and 1 sister, Ann.

Above all else, Pat’s family was the most  important part of her life.  Everything she did was for her family, always putting herself last, and as long as her family was safe and close by, all was right in her world!

We would like to thank all the staff at Seasons Olds, Olds Hospital and Care Centre and Home Care as well as Dr. J. Slusar and staff at Wildrose Medical Centre for the wonderful care she received over the last months.

Messages of condolence may be left for the family at www.myalternatives.ca.