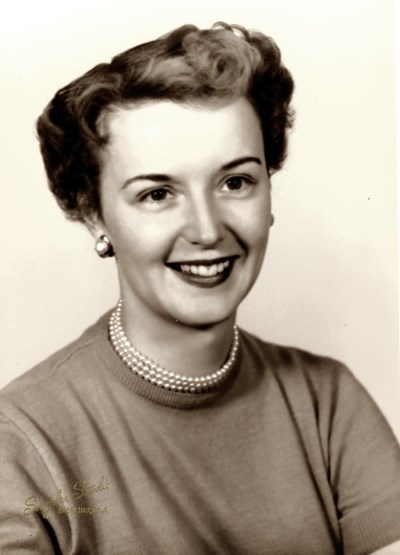 With great sorrow our family would like to share the passing of our grandmother and great grandmother Donna Chadwick on January 25, 2021 at the Olds Long Term Care facility at the age of 92 years.

Donna was born to Lucille and Frank West on May 31, 1928.  She attended school in Innisfail and then continuing on to receive a Commerce Degree at Mount Royal College in Calgary.  During her high school years, she went to California and helped put on fashion shows with her cousin Kleo West.  When back at Innisfail she ran the lady’s department at the G.W. West and Son General Store. Being involved in this store was very special being that her grandfather had opened it in 1891 in Innisfail.  She had wanted to follow in her mother’s footsteps and went to nursing school in Calgary.  After 2 years she left nursing school and married H.J. Classen and went to live in Denmark with him and his family.  After hearing of her fathers failing health, she returned to Innisfail and did not go back to Denmark.  When back in Innisfail again she opened up the Welcome Wagon and eventually became the area representative for Alberta and lower B.C. and gave classes and attended conventions in Vancouver and Toronto.  Returning to school in Calgary she ended up with a job placement with Oklahoma Well Servicing Co.  This is where she met and later married Bob Chadwick, they were marred in Texas and had one child Cynthia Lucille born in Innisfail in 1957.  She was very happy when her daughter gave her 2 grandchildren Shelly and Stephen.  Donna was very involved in the community which she loved dearly; OES, Hospital Auxiliary, Palliative Care, as well as wrote the community history book Candlelight Years.  Donna was very proud of the display in the Innisfail Historical Village of the family store which is still there at this time.

Donna was predeceased by her parents Mac and Frank West.

As per Donna’s request no memorial service will be held.

Condolences may be forwarded to: www.rockyfuneralhome.ca