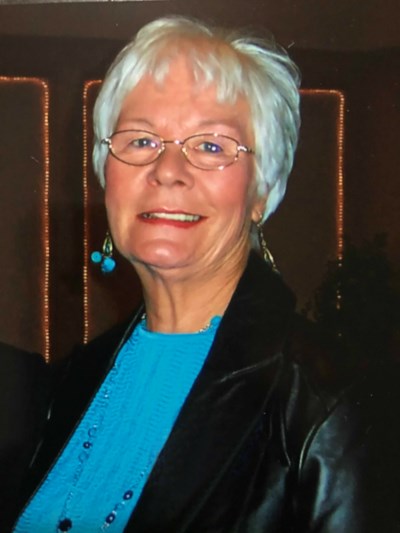 Mrs. Carol Nixon passed away on Sunday, December 15, 2019 at the age of 79 years. Carol was born on August 16, 1940; and raised in Nanton, Alberta, one of two daughters to Clifford and Helen Gould. Carol and her late husband, Blaine grew up together in Nanton but didn’t begin dating until living in Edmonton; where Carol attended Nursing School at The Royal Alexandra Hospital, Edmonton, Alberta. Carol and Blaine were married on September 1, 1962, in Nanton, Alberta. They moved to the Manning/Peace River Area and eventually moved to Innisfail, to open Woodland Motors, in January 1964. Over the next number of years, Carol continued nursing at the Innisfail Hospital, worked with Home Care, and also sold Real Estate. While being involved in many Community Service Groups, she made many lifelong friends who were very important to her. Carols passions included sewing, quilting, gardening, weaving, cooking and most importantly, her love of music. Carol was a vivacious character; always taking the opportunity to entertain others with her piano playing, singing, or cooking and entertaining. Carol embraced these passions and made ease of giving others comfort with her beautiful expansive gardens, music and especially her hospitality. Carol and Blaine spent time skiing, travelling, camping with family and friends and raising alpacas along the Medicine River. She was a talented seamstress; who spent many hours crafting ski suits for all of her children, and other garments for family and friends. She will always be remembered for her smile and warmth.Carol will be lovingly remembered by her children, Brenda (Rick) Tams, Kevin and Darren (Lareina); her seven grandchildren, Wayne (Ashely), Kraig (Amanda), Laurel, Gillian and Sydney, Olivia and Drew and her four great grandchildren, Blakley, Charlie, Charity and Paisley. Carol was predeceased by her husband, Blaine Nixon, a sister, Joan Rutherford and a daughter-in-law, Sandy Nixon. A Celebration of Carol's Life will be held at the Innisfail United Church, 4720 - 48 Avenue, Innisfail, Alberta on Friday, January 17, 2020 at 2:00 p.m.Condolences may be sent or viewed at www.heartlandfuneralservices.com. Arrangements in care of:

MCCOLL, Leonard Keith 'Len'
Aug 10, 2020 1:36 PM
Comments
We welcome your feedback and encourage you to share your thoughts. We ask that you be respectful of others and their points of view, refrain from personal attacks and stay on topic. To learn about our commenting policies and how we moderate, please read our Community Guidelines.