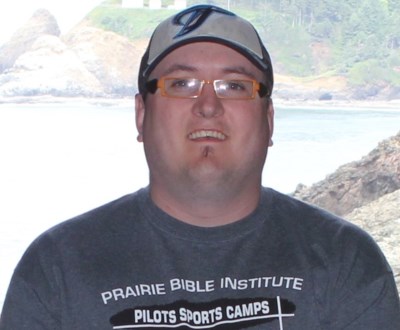 It is with great sadness we announce the passing of our loving husband, son, brother and uncle, John Allan Francis Beattie on Saturday July 11th, 2020, at Grey Bruce Health Services, Owen Sound in his 39th year.

John was born in Sundre, Alberta to Bruce and Valerie Beattie (Tod) on September 2, 1981.  John grew up on the farm in Bergen.  He spent his school years in Sundre and went on to earn a degree in Bachelor of Arts in Sports Management and Leadership from Prairie College in Three Hills, Alberta.  He enjoyed Three Hills, continuing to live there after graduation until 2017, when he and his wife Anna moved to Owen Sound. He found a new family of friends at Home Depot, where he worked until his passing. John played a variety of sports, coaching the Prairie Men’s volleyball teams, and cheering on his favourite sports teams the Calgary Stampeders, the Calgary Flames, and the Blue Jays.

He is preceded in death by his loving mother Valerie Beattie (2011). He talked of her often, and his family take comfort in this tragic loss that they are united again.

A celebration of his life was held on Tuesday, July 21st, 2020, from 7:00p.m. to 8:00 p.m. at South End Fellowship Baptist Church, 400 2nd Ave SE, Owen Sound, Ontario. There will also be an online memorial service at 11 am, August 4th from Mount Olive Evangelical Free Church in Three Hills, Alberta with a private internment on the family farm.

In lieu of flowers, memorial donations can be made to the Alberta Mental Health Foundation or OSHaRE (Owen Sound Hunger and Relief Effort as John had a heart to reach out to help those less fortunate and suffering around him. Online condolences can be sent by visiting John’s memorial at www.woodfuneralhome.ca