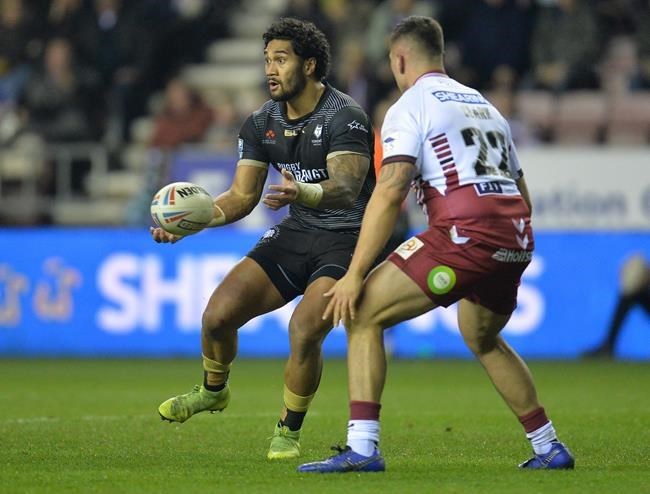 Wolfpack president and CEO Bob Hunter said the team is mulling over separate "solid" offers, one from North America and the other from the United Kingdom.

"David is walking away," Hunter said in an interview. "And the two (groups) that are in I'd call it the horse race, we're evaluating which is in the best interest of the club and Super League going forward."

Argyle, a Toronto-based Australian entrepreneur who specializes in mining and natural resources in emerging markets, estimates he and his ownership group have poured in $30 million into the club that first took the field in 2017.

"He's had a great run. He's spent a lot of his own money," said Hunter. "It was time. I hate to say time to give up, but more so important to just stop investing in the club. And so he made that decision a couple of weeks ago and asked us to go and see if we could find some new owners."

Argyle's plan to sell shares in the club a la Green Bay Packers is off the table now, said Hunter.

The news comes in the wake of the Betfred Super League's decision Monday to terminate Toronto's participation agreement following its withdrawal from the competition last month.

Super League said its action "reflects the seriousness of the breach of contract by Toronto Wolfpack, which has impacted Super League and its member clubs."

The Wolfpack presented its case to a Super League board meeting Monday, asking for more time to present its options. But the league, which has already expunged Toronto from the 2020 standings, instead terminated its agreement with the team.

The Wolfpack will now have to apply for and enter into a new participation agreement before being able to play in the competition in 2021.

Hunter, who called the league's move "more of a legality that anything else," said the club plans to submit a restructuring plan in the next seven to 10 days.

Toronto had issues with its existing deal with the Super League. Under terms of that agreement, the Wolfpack were not entitled to a cut of the league's TV deal and were an invitee rather than a member club.

Play resumed Sunday with the Super League down to 11 teams.

Argyle had said he wanted to field a team next season but that will be up to rugby league authorities. If they do want Toronto back, there is no guarantee it will be back in Super League — meaning the club may find itself back in the lower divisions of English rugby league.

The Wolfpack started life in 2017 in the third-tier League 1, winning promotion to the second-tier Championship before debuting in the elite Super League this season. Toronto went 0-6-0 before the league shut down in March due to the pandemic.

According to Australian reports, the Australian-born Samoan international is on the verge of joining Wolfpack teammate Sonny Bill Williams back in the National Rugby League.

Williams and his family are currently in quarantine in Sydney after returning from England, and the former All Black is expected to suit up for the Sydney Roosters for the remainder of the season.

The 30-year-old Leutele, meanwhile, told Sydney's Nine News he was last paid by the Wolfpack in May.

Argyle had said the club will make good on missed salary payments. The Wolfpack now say the new owners "would need to honour all payroll commitments and future contractual obligations."

Leutele said he and his family are living on his savings.

"We're just chipping (away) at that but you know the saving are meant for rainy days and I'm hoping the rain stops soon," he told the Sydney station.

Ironically, Leutele broke Storm hearts in the 2016 NRL grand final when he made a try-saving tackle on Melbourne winger Marika Koroibete in the dying seconds to preserve the Cronulla Sharks' 14-12 championship win.

Leutele and Williams were the Wolfpack's designated marquee players this season, meaning only 150,000 pounds ($262,455) of their respective salaries counted against the Wolfpack's salary cap of 2.1 million pounds ($3.67 million).

Back to the Finals: Heat oust Celtics, move to title series
Sep 27, 2020 8:32 PM
Impact allow four unanswered goals, burned by Red Bulls 4-1
Sep 27, 2020 8:31 PM
Comments
We welcome your feedback and encourage you to share your thoughts. We ask that you be respectful of others and their points of view, refrain from personal attacks and stay on topic. To learn about our commenting policies and how we moderate, please read our Community Guidelines.