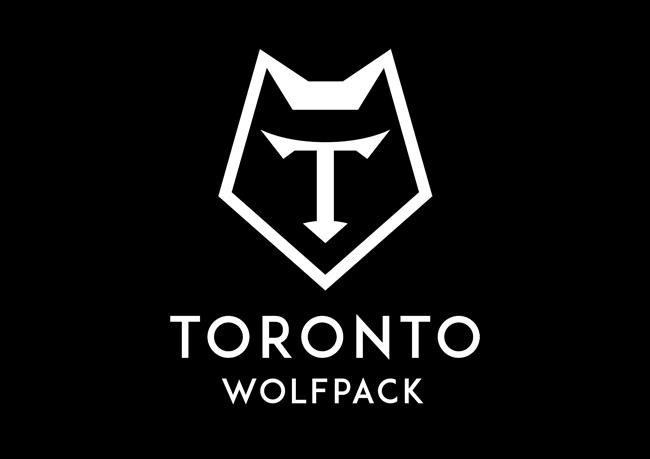 TORONTO — The Toronto Wolfpack have laid off their Canadian staff — 12 full-time employees — until the Super League resumes play in the wake of the COVID-19 outbreak.

The job cuts were confirmed by club chairman and CEO Bob Hunter.

The transatlantic rugby league team likely won't be alone. According to the BBC, other Super League clubs are looking at unpaid leave for staff and players while play is halted.

"The very existence of our sport is on the line," St. Helens chairman Eamonn McManus told the BBC recently.

Hull Kingston Rovers owner Neil Hudgell has said his club would lose up to 150,000 pounds ($253,075) if the game against local rival Hull FC does not take place Good Friday.

"It's a matter of how long do we have to wait," said Hunter, a former Maple Leaf Sports & Entertainment executive. "If this thing drags out, without a doubt there will be some issues with a number of different clubs to say the least. Some of the smaller clubs would really struggle if we lost the whole season."

"We have the same challenges as every else. It is a time of hardship ... It's going to very very tough and it's going to be very tight over the next few months," he added.

The Wolfpack (0-6-0) are currently in England, where the team has some 15 staffers.

The Toronto franchise faces unique challenges. Under its current deal with the sport's governing body, it does not get a share of the league's TV revenue.

Plus the Canadian winter impacts its schedule. While two of its first six games this season were designated home matches, they were played in England. The team's official home opener at Lamport Stadium was originally slated for April 18.

Toronto is also responsible for opponents' travel to and accommodation in Canada. That was helped by a sponsorship deal with Air Transat, which has temporarily laid off about 70 per cent of its workforce in Canada — some 3,600 people — with travel coming to a near standstill as governments close borders in an effort to slow the COVID-19 pandemic.

The airline has said it is suspending flights until April 30, further complicating matters if play was to resume earlier.

Without a home gate and TV money, revenue is essentially limited to sponsors and season tickets, although the team has received some money from the home games staged in England.

Just how much depends on the deal struck with the clubs who provide the stadium.

When Toronto played St. Helens on Feb. 29 at Warrington's Halliwell Jones Stadium, the Wolfpack took the ticket receipts and gave Warrington a "minimal amount" to use the building. Warrington got all the ancillary revenue in what Hunter called "a heck of a deal."

Toronto is already looking at other venues in England in case it cannot play future scheduled home games back home.

"It's not what we want because it's not nearly the financial reward that we get by playing at Lamport," Hunter said. "So those are again tough decisions. But in the best interest of keeping the team together and keeping the league together, it's something we may have to do."

Majority owner David Argyle, a Toronto-based Australian entrepreneur, has shown he is willing to spend money to make money by signing former All Black Sonny Bill Williams. But with the season on hiatus, Williams is out of sight — in fact, he took advantage of the break by undergoing minor knee surgery.

In the past, the Wolfpack have paid for TV production costs for home games in order to get the team showcased around the world on various networks. The team has also struck some innovative sponsorship deals — HowlBrands, for example, is a wholly owned subsidiary that has partnered with other companies to launch a line of athlete-focused cannabidiol products.

"It's just challenging. You know David, he's just a passion and love-of-the-game kind of guy," said Hunter. "It's a matter of really how deep the pockets can go. He's been a great supporter so far."

Hunter said the team is optimistic that some of Toronto's 11 scheduled Lamport games will happen this summer.

Super League clubs other than Toronto rely on their cut of the broadcast deal with Sky TV, which amounts to some 2.3 million pounds ($3.9 million) per team a season. Clubs work under a salary cap of 2.1 million pounds ($3.5 million) although that number can grow given teams are allowed two marquee players whose salary cap hit is limited to 150,000 pounds ($253,220) per person.

"The reality is that it's a challenge even for the big clubs to turn a positive number every year," said Hunter. "So everybody's trying to figure out how they do that. And we include ourselves in that."

The Rugby League Players Association has said players may have to defer wages to help clubs survive.

"Our sport will certainly suffer with this because we don't have the multi-billionaires who own clubs," said Toronto coach Brian McDermott, a former England and Great Britain international. "And there will be some financial hurt.

"I would say the vast majority of Super League clubs are so reliant on gate receipts and ticket sales and shirt sales and what the crowd does for them. Take that away and some of those clubs are going to go into serious financial setback. But I also think the same people will bounce back. The crowds will bounce back and I just sense that the rugby league fans and the rugby league crowd in general are willing to go above and beyond."

He also pointed to some "incredibly resourceful and innovative" chairmen of Super League clubs.

"They aren't multi-multi-multi-millionaires but what they are is credibly intelligent, resourceful guys that quite often are balancing the books and spinning the plates to keep their club alive. And while this provides a real serious challenge, these fellows that run our Super League clubs are well-versed in this type of world."

The Super League, rugby league's top circuit in the Northern Hemisphere, features 12 teams including Toronto and France's Catalan Dragons. Teams were slated to play 28 games this season — 14 home and 14 away, although three of Toronto's home games were slated to be held in England because of the weather.

The Wolfpack began life in England's third tier in 2017, winning promotion twice to reach the Super League this season.

This report by The Canadian Press was first published March 25, 2020.

Harper, Matz latest MLBers to contribute to virus relief
Apr 3, 2020 5:07 PM
Comments
We welcome your feedback and encourage you to share your thoughts on this story. We ask that you be respectful of others and their points of view, refrain from personal attacks and stay on topic. To learn about our commenting policies and how we moderate, please read our Community Guidelines.