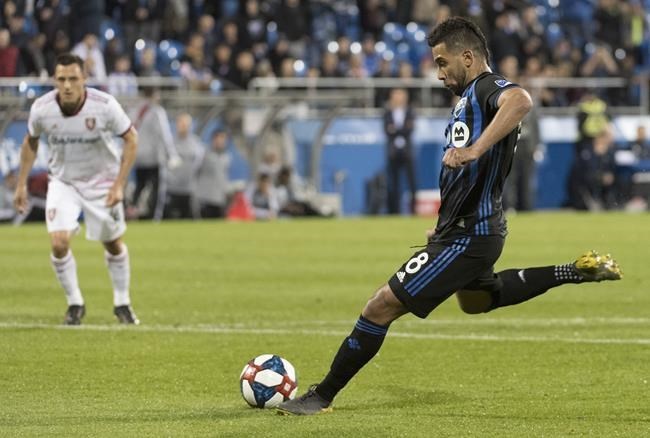 MONTREAL — The Montreal Impact are giving their first-team players access to Centre Nutrilait's fields starting on Monday for individual training during the COVID-19 pandemic.

Quebec's Public Health approved the return to individual training after the Impact submitted the protocol to the government.

The decision comes two days after team president Kevin Gilmore told The Canadian Press that the Impact would explore training outside of Quebec if they weren't allowed to return to their facility soon.

The MLS club reported on Wednesday that midfielder Steeven Saba will be sidelined eight to 12 weeks after breaking his left foot "on a routine jog" near his home in Montreal.

On a voluntary basis, Montreal's players will train in a secure, sanitary, and controlled environment.

Both natural grass fields will be used, which will allow eight players to train at the same time in their clearly defined quadrant.

The players and essential staff will have access to Centre Nutrilait, but not the inside of the building.

This report by The Canadian Press was first published May 23, 2020.