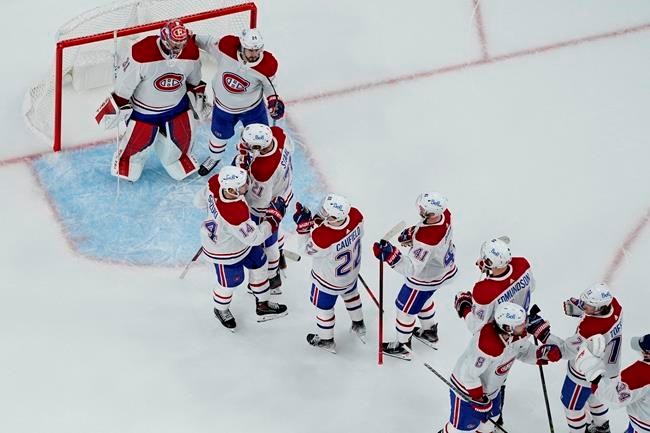 MONTREAL — Céline Dion says she had nothing to do with a photo that appeared to depict her dressed in Vegas Golden Knights gear and saw critics accuse her of abandoning her Quebec roots.

The image, which some media outlets have reported was photoshopped and which was shown in the Las Vegas arena before Tuesday's game between the Knights and the Montreal Canadiens, caused a stir in Quebec.

Dion, who is originally from the Montreal suburb of Charlemagne, Que., issued a tweet today saying she had "nothing to do" with the image but making no other comment on the issue.

The Habs and Knights are set to face off in Game 6 of their best-of-seven semifinal in Montreal tonight.

Montreal currently leads the series 3-2 and, for the first time since 1993, is one win away from the Stanley Cup final.

At some Montreal bars, patrons have been told to arrive between 3 p.m. and 4 p.m. if they want to get a table to watch the 8 p.m. game.

Quebec's COVID-19 restrictions require bar patrons to be seated, and dancing is not allowed.

Bar operators in downtown Montreal say the Habs' playoff run has led to a dramatic increase in business, following months of pandemic-related closures and other restrictions.

Still, some say they're worried victory celebrations may get out of control.

This report by The Canadian Press was first published June 24, 2021.