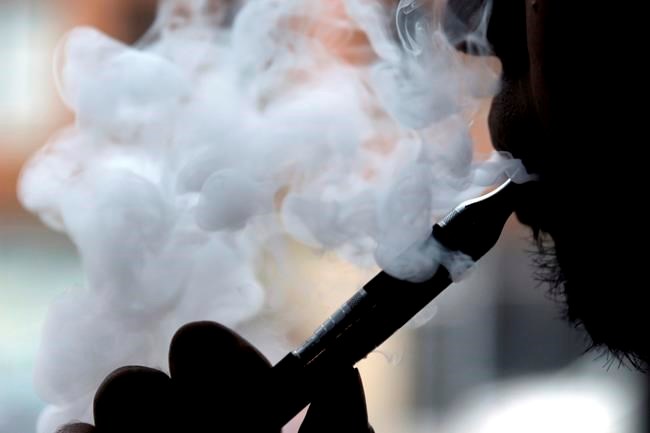 Young Canadians have been vaping less frequently since the COVID-19 pandemic began, a new survey has found, but the lead researcher cautions the habit is still an epidemic among youth.

The survey, conducted by the Lung Association of Nova Scotia and Smoke-Free Nova Scotia, heard from more than 1,800 respondents between 16 and 24 years old.

It found that respondents decreased vaping to five days per week from six, on average. They also cut back to an average of 19 vaping episodes per day, down from 30.

But the study's lead researcher, Dr. Mohammed Al-Hamdani, played down the decrease, saying it was "not that high."

Al-Hamdani noted that although there were several factors involved — including vape shops closing during lockdowns and people not interacting with friends because of physical distancing — “the vaping frequency did not really go down as much as we would think.”

"This shows how much the youth and young adults are addicted to vaping and how they're willing to just try to get their hands on the product under the circumstances,” he said.

Al-Hamdani, the director of health initiatives at the Lung Association of Nova Scotia, said the study was aimed at identifying the policies needed to reduce vaping among youth and young adults.

"To do that we need flavour bans, nicotine caps, taxation and increase the minimum age to 21," he said, noting the study found the average respondent began vaping at age 15.

The decrease in vaping frequency was most notable in British Columbia and Ontario, the survey found, and could be related to warnings of potential complications from COVID-19 for e-cigarette users.

Brendon Edward Coddington, 22, acknowledged he had cut back during the pandemic, but said lockdown-related closures — rather than warnings about complications — were the reason.

"Access to get e-liquids, coils and even new vapes, if necessary, has almost become impossible," the Toronto resident said in an interview.

"Even ordering online, you get quite a bit of restrictions and the package may not come."

Because of those closures, Coddington said his vaping has dropped down from 300 puffs a day to 50 or 60.

The new survey also found that 98.6 per cent of respondents said they had used someone else's e-cigarette, while 93 per cent had shared their device with others.

"This is concerning given the likelihood of spreading viruses during the COVID-19 pandemic," Al-Hamdani said in a text message.

At least two of the cases involved in a recent outbreak at Western University in London, Ont., had shared an e-cigarette, according to the Middlesex-London Health Unit.

The interim data from the Canadian Paediatric Surveillance Program involved 1,100 doctors and found 88 cases of vaping illness or injury over a 12-month period, with one quarter of kids hospitalized.

The pandemic probe and two Toronto byelections: In The News for Oct. 26
Oct 26, 2020 12:56 AM
The latest numbers on COVID-19 in Canada for Monday, Oct. 26, 2020
Oct 25, 2020 11:35 PM
Health Minister Hajdu says she went maskless at airport only while eating
Oct 25, 2020 6:38 PM
Comments
We welcome your feedback and encourage you to share your thoughts. We ask that you be respectful of others and their points of view, refrain from personal attacks and stay on topic. To learn about our commenting policies and how we moderate, please read our Community Guidelines.