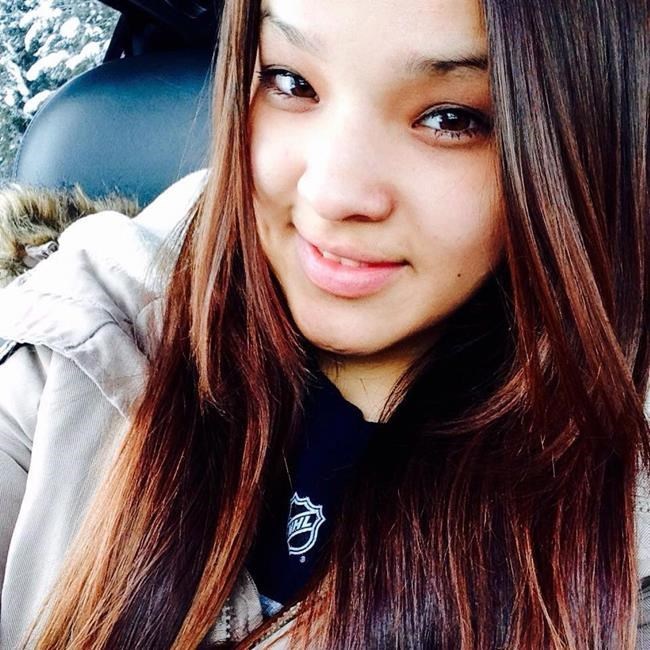 GODS LAKE NARROWS, Man. — A man has been sentenced to life in prison with no chance of parole for nearly 16 years for the killing of a young Indigenous mother, which shook many members of a remote fly-in First Nation in northern Manitoba.

Michael William Okemow, 40, was found guilty of second-degree murder in the 2015 beating death of Crystal Andrews, 22, at God's Lake First Nation, a Swampy Cree and Metis community located about 1,000 kilometres northeast of Winnipeg.

"Michael killing Crystal has had a very big effect on her family, on this community and beyond, because she is one of so many murdered Indigenous women," said Justice Chris Martin in his sentencing delivered in the remote reserve earlier this month.

Andrews was a mother of two young children, a wife and a foster mother. Her killing went unsolved for more than two years before Okemow was arrested in 2018.

First Nations leaders have said the slaying heightened fear in the community of about 1,500. The 2013 killing of 15-year-old Leah Anderson in the same area remains unsolved. There was also a spate of teen suicides and attempted suicides in the years after Andrews was killed.

The court made a special effort to deliver the sentencing in the community, which was under lockdown due to the COVID-19 pandemic. The judge said it was important for members to bear witness to the case to help its healing journey.

"It was a minor step of reconciliation by the justice system," Martin said.

Court heard that early on a November morning in 2015, Okemow hit two people with his vehicle. He was driving the same SUV when he later spotted Andrews walking on the side of the road near the community's airport.

Okemow somehow got Andrews into his vehicle, court heard. He drove her out to a winter road, where he beat her with weapons — a rock, stick or tool of some sort. She tried to defend herself.

RCMP officers, who were looking for Okemow because of the earlier hit-and-runs, found his vehicle sunk in wet muskeg. Officers didn't know at the time that Andrews was missing or that her body lay in a nearby bush.

The next day, two boys found her remains partially covered with moss and spruce branches.

RCMP quickly thought Okemow was responsible for the killing, the trial heard, but it took time for his DNA to be linked to the body.

He automatically received a life sentence with the murder conviction, and the judge imposed a parole ineligibility period of 15 years and 10 months

Martin, who said he used plain language in his sentencing decision as Cree is the first tongue for most in the community, spoke about the history of colonialism and residential schools and its detrimental impact on the First Nation.

He said the vigour of the band was "broken by Canada's policies towards First Nations, displacing the social order and culture and, as importantly, by zealous missionaries, who in large part split the Swampy Cree from their traditional spiritual belief system in their Creator."

The judge described how Okemow was adopted at birth and experienced physical and emotional abuse at home. Okemow started drinking at age 10. Because of his addictions, he was not diagnosed with or treated for schizophrenia for many years. And he had difficulty accessing necessary medication and counselling in the remote community.

Okemow also spent most of his life, before killing Andrews, in and out of jail.

Martin said it doesn't make sense that Okemow killed Andrews. They didn't know each other and the woman didn't do anything wrong.

The judge said the murder has left scars in the community that will never heal, especially for the victim's young family.

"They are heartbroken," he said.

"So are many friends and other family, like her mother. She had a bright future. It is the worst thing that could happen."

— By Kelly Geraldine Malone in Winnipeg

Federal review of Access to Information law to take another year amid impatience
Jan 21, 2021 11:22 AM