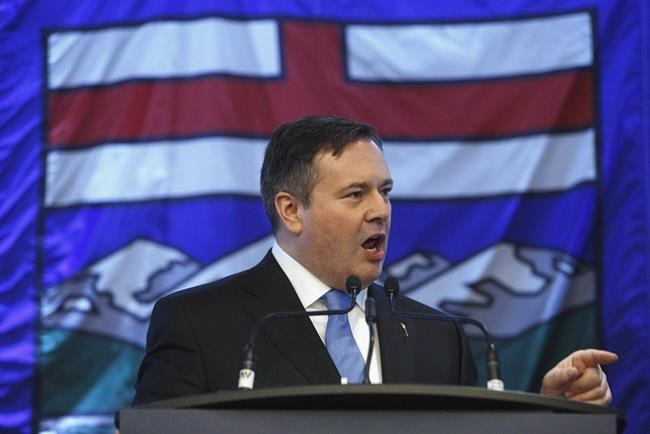 EDMONTON — The Alberta Court of Appeal gave opponents of the federal carbon tax their first win on Monday when it ruled that the levy is unconstitutional.

In a 4-1 decision, the Appeal Court said the legislation that brought in the tax erodes provincial jurisdiction.

"The act is a constitutional Trojan Horse," said a portion of the decision written by three of the four majority justices.

"Almost every aspect of the provinces' development and management of their natural resources ... would be subject to federal regulation."

A fourth judge filed a separate opinion in support of the majority.

The Alberta government had argued in its challenge of the tax that climate change isn't a national concern requiring overriding federal intervention. A provincial lawyer said in hearings last December that if greenhouse gases could be considered such, then anything could.

The federal government countered by saying climate change is a national and global issue that can't be left to each of the provinces to take on alone.

"We will continue to stand with our allies in Ontario, Saskatchewan, Quebec and elsewhere in defending working families and defending our constitutional authority as a government," he said. "We expect the government of Canada to comply with the order of the court today and to remove the federal carbon tax on Albertans."

Saskatchewan Premier Scott Moe also called for the tax to be rescinded.

The court ruling is a constitutional reference and contains no orders.

The Supreme Court is to hear arguments next month when Saskatchewan appeals the ruling from its court.

"We look forward to the Supreme Court, which is the ultimate arbiter of issues around differing interpretations of jurisdiction, to be making the ultimate determination in March. We feel confident that the federal position will be upheld," Wilkinson said in Ottawa.

"We need to work together, but we need to do it in thoughtful ways that are efficient, that are affordable for Canadians and one of those ways is a price on pollution."

Kenney gave no indication of compromise.

"We do not believe Canadians in this cold northern country should be punished for simply living normal lives," said the premier, who promised to defend Alberta's interests from what he called "a hostile federal agenda."

"If we didn't do so, then provinces could see their inherent power usurped," he said. "We would no longer be sovereign in our own constitutional sphere, but would become vassals of a federal government."

The Appeal Court appeared to agree. It noted that the Supreme Court has only recognized the national concern argument three times since Confederation.

"Courts have been highly reluctant to use the national concern doctrine to create judge-made heads of power," says the majority decision written by three justices, including Chief Justice Catherine Fraser.

It noted health care, minimum wages and justice are all national concerns but are administered by the provinces. The court ruled that, for something to be a national concern within federal jurisdiction, it would have to be beyond the scope of provincial powers.

"Conspicuous for its breadth, the act allows the federal government to intrude further into more and different aspects of lawful daily life."

One justice did side with Ottawa.

Kevin Feehan wrote that environmental concerns didn't exist at the time of Confederation and, since then, jurisdiction has been found to be shared between the provinces and federal government.

"Effective and stringent carbon pricing cannot be realistically satisfied by co-operative provincial action, due to the failure or unwillingness of a province to adequately address greenhouse gas emissions, with resulting adverse effect on other provinces," he wrote.

Joshua Ginsberg, a law professor at the University of Ottawa who represented the David Suzuki Foundation at the hearing, said the Alberta court's reasoning may not jive with that of the Supreme Court.

"The majority decision is trying to (dodge) around the Supreme Court jurisprudence on this issue, which does confirm that if there's significant provincial inability to deal with a problem, the federal government can step in."

"As long as we have a government here in Alberta that resists significant, meaningful effort that can be consistently relied upon by international investors to address climate change, while setting out clear rules for how we grow our oil and gas resources in a responsible way, Alberta will be left behind."

This report by The Canadian Press was first published Feb. 24, 2020

Note to readers: This is a corrected story. An earlier version said the decision was the third to side with the federal government.