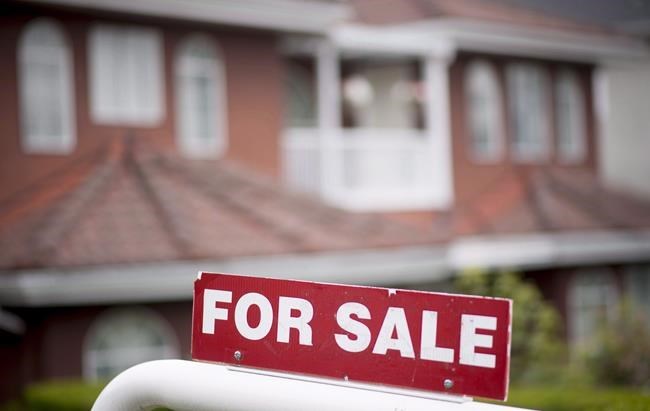 The Real Estate Board of Greater Vancouver says the market is heating up so fast that home sales in the region increased by more than 50 per cent between January and February and have climbed by more than 70 per cent since last year.

The board revealed Tuesday that February sales in the B.C. region totalled 3,727, a 73.3 per cent increase from the 2,150 sales recorded the year before and a 56 per cent spike from the 2,389 homes sold the month before.

The month's sales were so strong that REBGV said they were 42.8 per cent higher than February's 10-year sales average and are helping the market shift in favour of sellers.

Tirajeh Mazaheri, a real estate agent with Coldwell Banker Prestige Realty in Vancouver, characterized the pace of the market as "insane."

"There are so many multiple-offer battles happening and things going for over asking price," she said. "People are scared that the market is going to keep going higher and if they don't get into the market, it will get even worse for them."

She's heard of buyers lining up down the street just to view homes in North Vancouver and of a property in the Shaughnessy neighbourhood that sold for $1.2 million more than asking.

Those who are out looking for homes are having a tough time, added REBGV chair Collette Gerber.

"The supply of listings for sale isn’t keeping up with the demand we’re seeing,” she said in a release.

“Competition amongst homebuyers is causing multiple offer situations and upward pressure on prices."

The total number of homes listed for sale in the region during February was 8,358, a 9.1 per cent decrease compared to the 9,195 in the year prior and 0.6 per cent increase from the month before.

For all property types, she said the sales-to-active listings ratio for the month was 44.6 per cent, but townhomes alone had a ratio of 61.8 per cent.

The sales-to-active listings ratio was about 41 per cent for both detached homes and apartments.

The MLS home price index composite benchmark for Metro Vancouver reached just over $1 million in February, a 6.8 per cent increase from the year before and a 2.6 per cent jump from the prior month.

COVID-19 and economic measures were fuelling some of the frenzy, said Gerber.

She's been telling clients it's a seller's market and if they have a one-bedroom home, they should take advantage of low interest rates and upgrade to a two-bedroom. If they have a two-bedroom property, she suggests switching to a townhome.

She believes the market won't settle down unless the government hikes interest rates or brings in cooling measures, so her current advice is to act fast.

"For the time being, I see things just going up higher and higher."

Note to readers: This is a corrected story. A previous version misstated the percentage change of home sales between January and February.