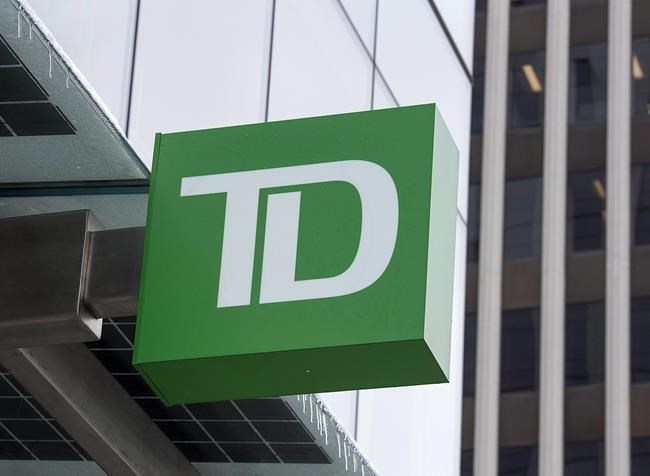 TORONTO — Plaid Inc. denies it has used TD Bank’s logo to dupe customers into handing over personal information that the U.S.-based data company could monetize and says it's disappointed a TD subsidiary has filed a lawsuit against it.

The San Francisco-based company said in a statement to The Canadian Press on Friday that Plaid’s role in transactions is made clear to consumers and it was caught off guard when TD's U.S. subsidiary filed a lawsuit.

“We were surprised by TD Bank’s decision to file suit in the midst of our good faith discussions, which are still ongoing," said Plaid, whose software helps apps including Venmo, Coinbase, Square and Stripe access bank and credit card info.

"We have been working with TD for quite some time, and are disappointed that they resorted to litigation and false allegations. Plaid is publicly known for never selling or renting consumers’ personal information."

The statement stems from a civil suit TD filed in a New Jersey court on Wednesday that accuses Plaid of creating a user interface for financial services applications that infringes on the bank's trademarks, logos and green colour scheme.

The bank said in the court filings that the interface tricks consumers into believing they are entering personal information into TD Bank's trusted platform and that Plaid then monetizes that data.

The claims made in the filings have not been tested in court.

When asked for comment on Plaid's statement, TD referred The Canadian Press to a previous statement from its U.S. subsidiary president Greg Braca, who said the bank is pursuing the lawsuit because of its dedication to transparency and privacy.

"Plaid's intentional, unauthorized use of TD's name and branding is deceptive," Braca said.

"By mimicking TD's login screen, Plaid creates the false impression that consumers are engaging directly with TD Bank or entering their banking credentials into TD's digital and mobile app platforms or a platform authorized by TD when that is not the case."

Vito Pilieci, a spokesperson for the Office of the Privacy Commissioner of Canada, said that the office was not able to comment on the matter because it has not examined the case or received any complaints about Plaid privacy matters.

Plaid and Visa Inc., which earlier this year announced it would buy Plaid for US$5.3 billion, have faced a series of U.S. class action lawsuits accusing the company of selling information obtained through log-ins to millions of customer accounts without disclosing the practice.

A 2018 blog post from Plaid that was updated in 2019 says that its products have been used by Royal Bank of Canada, Bank of Montreal, Canadian Imperial Bank of Commerce and Bank of Nova Scotia and its Tangerine subsidiary.

RBC, Scotiabank, CIBC and Wealthsimple all declined to comment on whether they had or would be filing lawsuits similar to TD.

BMO and Drop did not respond to a request for comment.

Plaid was founded in 2012 by Zach Perret and William Hockey and quickly racked up millions in venture capital.

This report by The Canadian Press was first published October 16, 2020.

Losses mount for oil companies as pandemic grips economy
Oct 30, 2020 12:33 PM
Comments
We welcome your feedback and encourage you to share your thoughts. We ask that you be respectful of others and their points of view, refrain from personal attacks and stay on topic. To learn about our commenting policies and how we moderate, please read our Community Guidelines.