One-Two Punch: Patterson and Alexander team up on Ali book 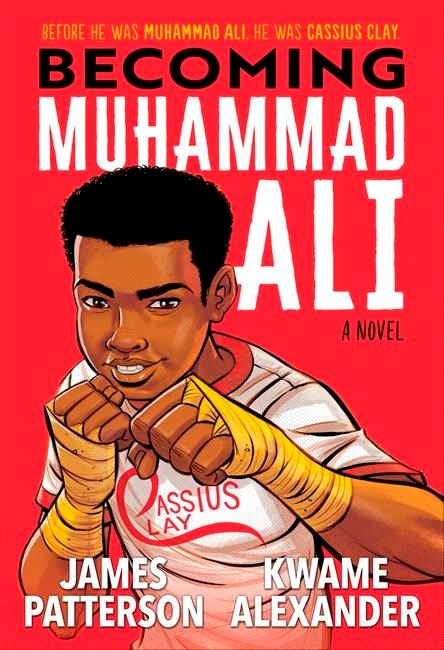 NEW YORK — Authors James Patterson and Kwame Alexander are teaming up on a book for young people about Muhammad Ali.

The book is authorized by the late boxer's estate and by his widow, Lonnie Ali, who said in a statement, “Muhammad would be proud to know that this story will be a source of inspiration for kids everywhere.”

Patterson and Alexander will use poetry and prose to tell of Ali's childhood in Louisville, Kentucky, when he was named Cassius Clay.

“I’m thrilled to be partnering with Kwame in the life of a legend,” Patterson said in a statement. “Few people know Muhammad Ali as Cassius Clay, and his journey to becoming Ali is truly inspiring. It’ll show young kids the importance of perseverance in pursuing their dreams and most importantly, to never give up."

Added Alexander, who recalled reading Ali's memoir “The Greatest” as a child: “I couldn’t put the book down. So, when Jim called and said we should write a novel together, about Ali, it was like coming full circle.”

JIMMY Patterson Books is an imprint of Hachette Book Group and HMH Books for Young Readers is part of Houghton Mifflin Harcourt.

China launches mission to bring back material from moon
Nov 23, 2020 5:04 PM
Most actively traded companies on the Toronto Stock Exchange
Nov 23, 2020 4:20 PM
Comments
We welcome your feedback and encourage you to share your thoughts. We ask that you be respectful of others and their points of view, refrain from personal attacks and stay on topic. To learn about our commenting policies and how we moderate, please read our Community Guidelines.