Amalgamation with Mountain View organization also under consideration
May 2, 2021 12:00 PM By: Simon Ducatel 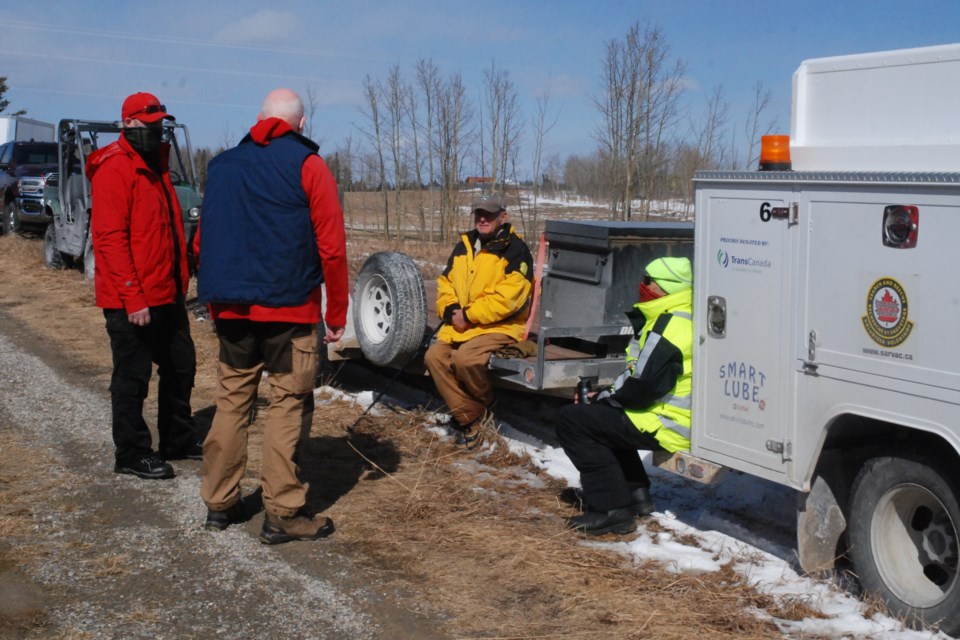 “We’re always chasing down sustainable funding,” said Roger Tetreault, who assisted with the recent planning and logistics on the operation to find a Calgary man who went missing on his Bergen-area property.

Harvey Pyra, 73, was found deceased on Wednesday, March 31 after a roughly two-day search.

“We’re not funded by any particular branch of government or the RCMP,” said Tetreault, a seasoned veteran member of the group, which plays an important role providing the authorities with assistance when someone is reported missing in the region.

“We have recently received some (provincial) government funding — some grants that were available,” he said, adding that approval process involves submitting detailed descriptions of the organization such as the amount of time invested not only on conducting business but also training exercises as well as search and rescue operations, he said.

Additionally, that grant funding, which is also available to volunteer fire departments, is only offered for training, not for the purchase of equipment, he said.

“We’re strictly volunteer, and we do have to chase our money. So, the majority of our funding in Sundre comes from casinos,” he explained.

Of course in the age of COVID-19, casino fundraisers — which during the best of times groups are only allowed to participate in once every three years — are on hold, he said.

“But year to year, we have no idea” how much funding will be available, he added.

“(So,) we’d love Mountain View County, through the province,” to recognize Sundre Search and Rescue as a necessary resource in the region, and to include a budget line item for perhaps $10,000 a year, he said.

Pressed as to whether that might be a proposal he intends to eventually present to county council, he replied, “It is, yes.”

To that end, he added that currently under consideration is the possibility of teaming up with Mountain View Search and Rescue.

“That’s part of the strategy…is possibly amalgamating — where we’re working together as one entity.”

That would facilitate seeking and securing funding as a single group, instead of having separate, smaller organizations presenting similar requests, he said.