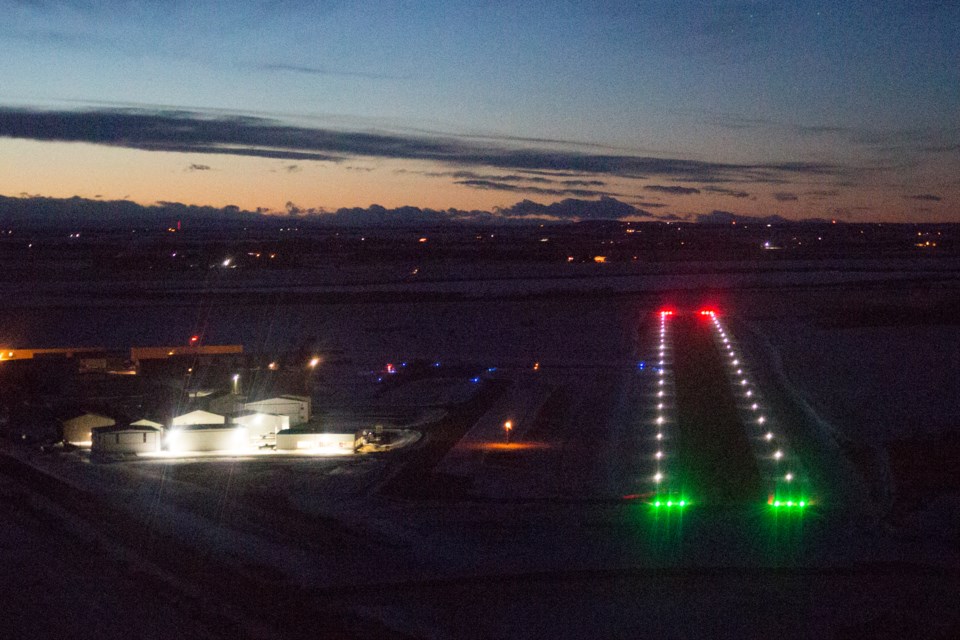 An aerial view of the Olds-Didsbury Airport. An Airdrie pilot made an emergency landing at the airport in Mountain View County this morning. File photo/MVP Staff

Ruff May, a spokesperson with the airport, located eight kilometres south of Olds, said the pilot, who was alone on the home-built plane was able to safely land but had to do so with wheels that did not extend.

“I have to figure that out,” said May, when asked why the wheels did not extend.

He said the pilot, Harvey Wreggett of Airdrie, was not injured. May said he did not know yet the extent of damage to the airplane, and why the plane had to land with its wheels not set correctly.

“I have not yet talked to him (Wreggett). I will talk to him probably on Monday,” said May.

He said the incident would not be investigated by Transport Canada. “It’s just an incident, not an accident,” he said, adding the airplane was moved into a hanger shortly after the incident, which will be probed internally by the airport.

He said the last time there was an incident at the airport was in late February.

“It was back then when an airplane struck a snow bank,” said May.

Proposed bylaw chooses website over newspaper as primary notification
Jul 31, 2020 9:00 AM
Comments
We welcome your feedback and encourage you to share your thoughts. We ask that you be respectful of others and their points of view, refrain from personal attacks and stay on topic. To learn about our commenting policies and how we moderate, please read our Community Guidelines.