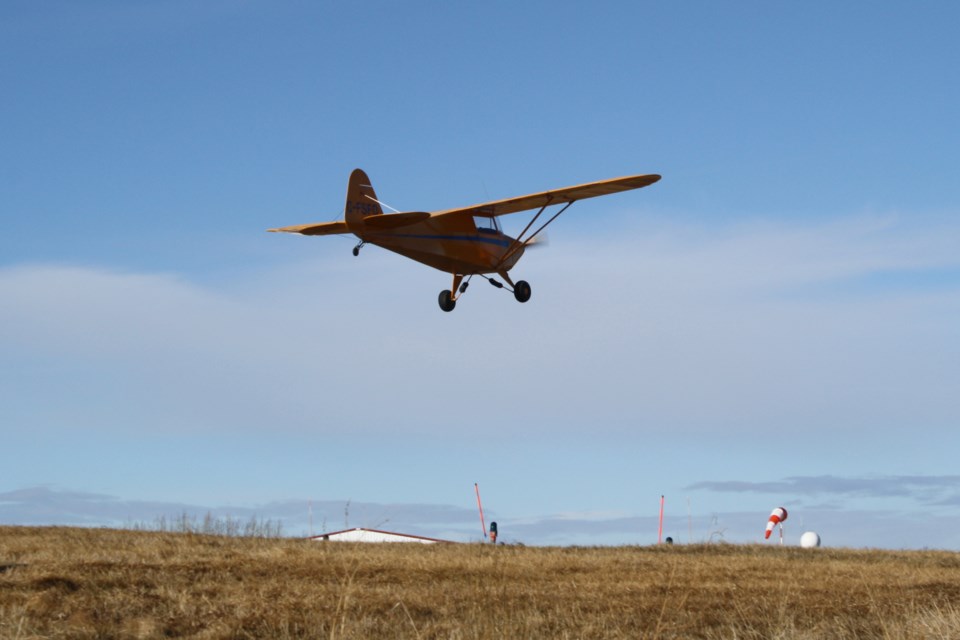 MOUNTAIN VIEW COUNTY – County council has been presented with a final report on proposed projects and upgrades at the county-owned Olds-Didsbury airport.

Located just west of Highway 2A between Olds and Didsbury, the airport is managed by the Olds-Didsbury Flying Association under contract with the county.

Consultant Explorer Solutions prepared the report at the direction of council.

Presented to council at the May 6 council meeting, the report’s findings are recommendations only and not binding on council.

The consultant looked at ways that might be considered to provide full and efficient utilization of the lands at the airport, generate economic impact for the county and surrounding communities, optimize aviation–related revenue, and create commercial-industrial development opportunities that will support community growth, investment and job creation.

“To achieve this objective, the consultant has proposed a series of projects, opportunities and concepts that match airport assets that do not conflict with existing activities and that present the highest and best land use to generate economic impacts,” the report states.

“The proposed uses are to take into account activities already in place throughout the neighbouring communities to avoid redundancy.”

One proposed development opportunity would see the development and marketing of a new hangar farm complex to promote and entice aircraft owners and pilots to locate or relocate their aircraft to the Olds-Didsbury airport.

The development would be west of the existing hangars and would include new infrastructure built over 10 years.

“We recommend that the county prepare a specific marketing campaign to promote the proposed hangar farm development,” the report states. “We suggest using a real estate approach promoting the future development without investing into infrastructure until a financial break-even point of confirmed tenants is secured.”

The report suggested that flight-training opportunities be increased at the airport to meet widespread demand for new pilots.

Economic impacts of more flight training could include tuition and housing-accommodation leasing and purchases from the local economy, the report states.

The consultant suggested there is the possibility of creating a residential airpark at the site, which would be a housing development connected to the airport via taxiways.

Fly-in tourism packages, where pilots and passengers use the airport as a hub to attend activities in the region such as festivals, should also be considered, the report states.

Film production, TV documentaries, web-series, and TV shows could be filmed at the facility, the report states.

“These shooting opportunities have the potential to generate significant revenues for the airport while also creating a much larger economic impact for the community through the rental of hotel rooms and vehicles, food and beverage requirements, equipment leasing, catering services, entertainment and tourism activities,” the report states.

There are opportunities for shared spaces and warehousing at the airport, as well as work with Olds College, the report states.

Regarding governance, management and operations, the report recommends the hiring of a part-time certified airport manager for both the Olds-Didsbury and the Sundre airports.

As well, the report states that the Olds-Didsbury airport terminal building needs various upgrades to make it more user friendly.

Council passed a motion accepting the report as information.

County administration will now go through the report and develop a document outlining possible project priorities and possible funding sources. That document will then come back before council for further consideration.

“Ultimately we will have to take it away and prioritize it,” said Chris Atchison, director of legislative services. “It will give us a good starting point moving forward.”

The complete 129-page report is available for viewing on the county’s website.

'Quiet Please. Our neighbours may be grieving on the other side of the fence'
May 31, 2020 10:00 AM
Comments
We welcome your feedback and encourage you to share your thoughts. We ask that you be respectful of others and their points of view, refrain from personal attacks and stay on topic. To learn about our commenting policies and how we moderate, please read our Community Guidelines.