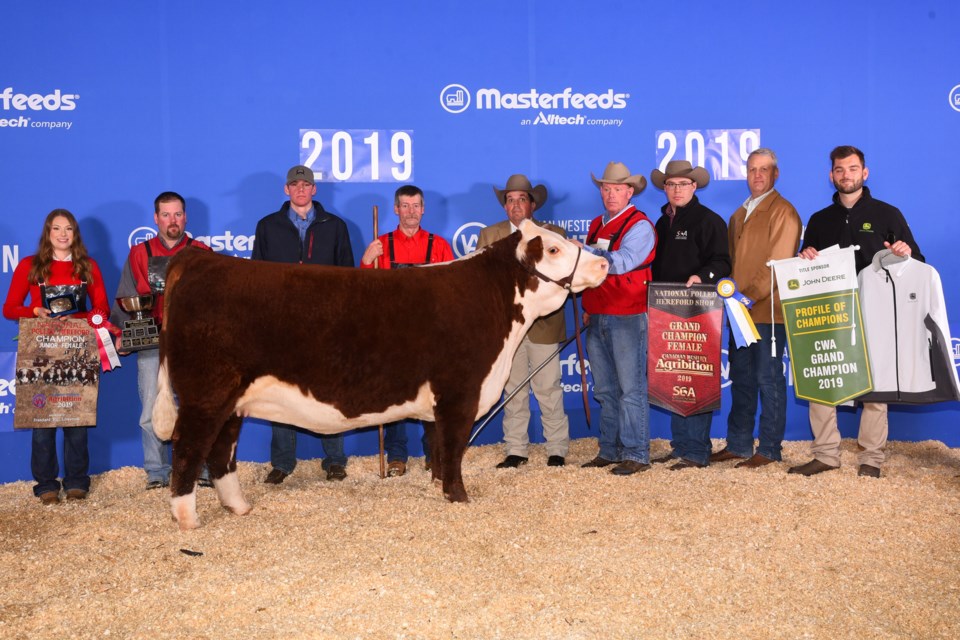 The prize-winning heifer at the 2019 Canadian Western Agribition in Regina, Saskatchewan. Photo submitted

This female is owned by local breeder Remitall West – Bryan and Annette Latimer and their children Emily, Isaac and Zachary – and Medonte Highlands Polled Herefords of Ontario.

Belle 45F was sold to Medonte Highlands as a heifer calf for $17,500 for half interest in the annual Remitall West Production Sale.

This special female is no stranger to the winner’s circle. Recently at Agribition she was also selected as the Reserve Supreme Champion Female over all other breed champions competing in the First Lady Classic.

The First Lady Classic is a competition of yearling heifers in their respective breed shows where a breed champion is selected by a panel of four judges and then goes on to compete against all the other champions for an overall Grand and Reserve Supreme Champion.