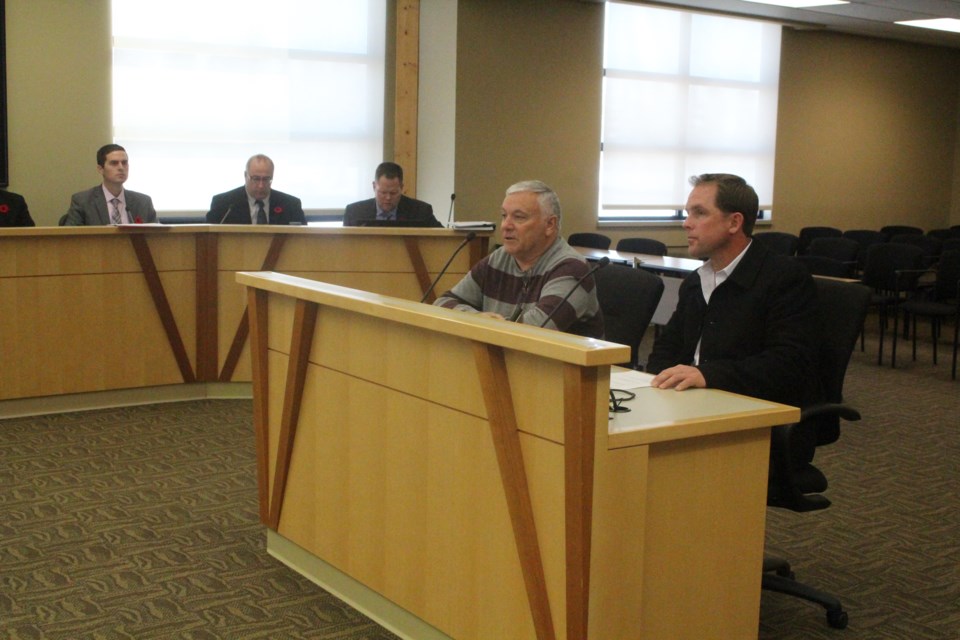 MOUNTAIN VIEW COUNTY - Bob Wescott from Wescott Consulting Group appeared as a delegation at the Mountain View County regular council meeting on Nov. 6. Wescott spoke to council about the proposed West Bay Junction area structure plan near the junction of Highway 22 and Highway 27 east of Sundre.

"In 2012 we appeared before council requesting authority to move forward with the preparation of what we refer to as West Bay area structure plan," said Wescott to council. "Council of the day approved our request. Through our discussions and negotations with the planning staff we prepared a terms of reference for the preparation and subsequent adoption of the West Bay Junction area structure plan."

Wescott said they commenced activity on the plan shortly after until 2014.

"That's when everything went quiet so we put things into abeyance for a bit until we could see some daylight and activity in the business community," he said.

Wescott said they met with the county's planning staff again about a year and a half ago.

"We were starting to revamp and move on with the area structure plan," he said. "We had asked if we could incorporate some additional uses into the proposed plan rather than the industrial-commercial bases that were the format identified in the terms of reference."

Wescott said they were told that industrial and commercial were the logical land uses, which are also compatible with the nearby Cowboy Trail business park directly adjacent and north of West Bay Junction.

"We're certainly in agreement with that," he said. "We looked at perhaps providing different uses with a transition zone in between to look at maybe capturing some additional market; however, having been advised it's the preference of the county not to have the mixed uses as we proposed, we then have now began back on the preparations of the plan."

"We've started on our stormwater management plan," he said. "We again came back to the county to have a discussion on the progress we were making. At that point staff suggested we make an appointment to council to indicate that we're still moving forward, albeit slowly with the area structure plan as originally proposed in 2012. Again, just reaffirming that the terms of reference that we agreed to in 2014, we're going to strictly adhere to."

"I would suggest that since 2012, it's been our strategy from a perspective as a county to continue to support that type of development in those areas," said Beattie. "I don't think our position would change going forward. We look forward to any diversification and industrial development to support our municipality is welcome. I hope you find that working with our planning department and certainly working with council."