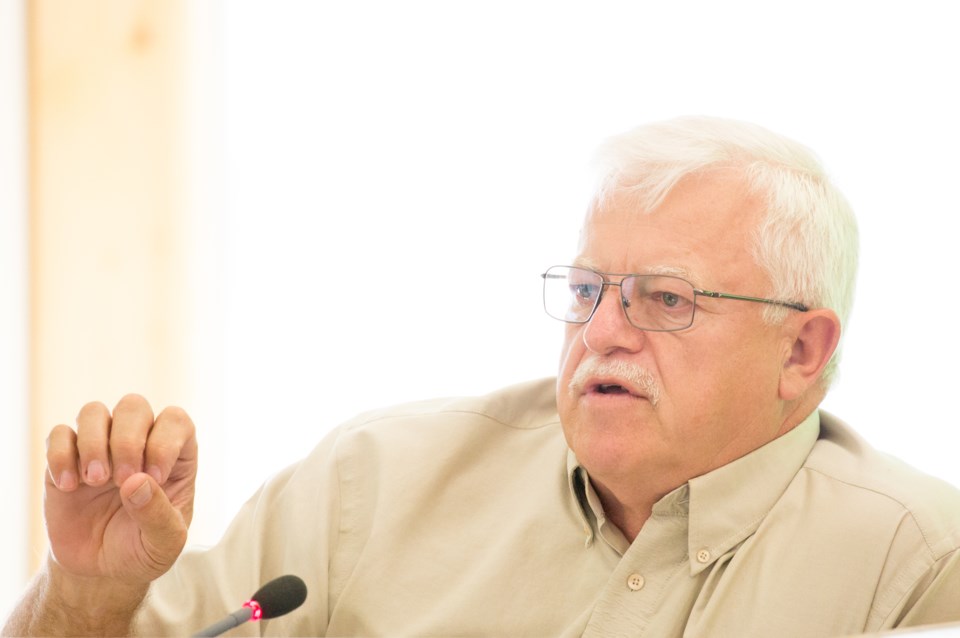 Al Kemmere, president of Rural Municipalities of Alberta, said there were some new resolutions presented at the association's conference and some that were already on a priority list. File photo/MVP Staff

MOUNTAIN VIEW COUNTY - A resolution put forward by Mountain View County at the recent Rural Municipalities of Alberta (RMA) conference regarding the GST and cost-sharing agreements between municipalities has passed.

The resolution was one of 23 considered by members of the association, which represents 69 rural municipalities, including Mountain View and Red Deer counties.

Of the 23 resolutions considered, 21 were approved. The approved resolutions call on the provincial government and others to take specific actions.

Al Kemmere is a Mountain View County councillor and the president of the RMA.

“These are the messages from our members so I will incorporate them into our advocacy,” said Kemmere. “Some are already on our priority list and others are new for us.”

The ruling saw the CRA assessed GST on “a supply of a right to enter to have access to, or to use property of the government, municipality or other body and ruled that the town (of Peace River) supplied a right to use the municipal property to other municipalities through the use of a cost sharing agreement.”

The cost sharing agreement had been in place for many years and the agreement examined in the 2019 audit was previously audited in 2011, with no issues being raised regarding GST.

“The ability for municipalities to viably sustain these collaborative agreements will be compromised due to the financial instability and risks that are created by the inconsistent application of this regulation,” the resolution’s briefing note states.

Other resolutions passed at the RMA convention include those dealing with such things as policing costs, wastewater facility approvals, landowners’ rights, and provincial funding of regional air ambulance.

One resolution, put forward by the MD of Opportunity, deals with unpaid property taxes on linear properties. It calls on the provincial government to “address the growing concern regarding unfunded abandonment and reclamation costs for oil and gas properties and the effect that those costs have on the ability of municipalities to recover unpaid property taxes.”

It also calls on the government to “take steps to ensure that municipalities are able to effectively recover all property taxes, including property taxes on linear property.”

One resolution put forward by Rocky View County calls on the government to “engage in further consultations with municipalities on the police costing test model to examine options to meet the government of Alberta’s goal of reducing policing costs without negatively impacting policing service delivery or municipal financial viability.’

One resolution put forward by Starland County calls on the provincial government to “direct the Alberta Energy Regulator to add unpaid municipal taxes to the grounds for which a company may be denied a license to operate in Alberta.”

Another resolution put forward by Foothills County calls on the provincial government to “work with the RCMP ‘K’ Division and national headquarters, and any other organizations necessary, to develop policies and/or a memorandum of understanding to permit community peace officers to monitor and transmit on local RCMP Alberta first responders' radio communications system radio channels in the normal course of their duties.”

One resolution put forward by Cypress County calls on the province to commission an independent review, which included engagement with the public, industry stakeholders and municipalities across Alberta, of the helicopter medical services system in Alberta.”

The two resolutions that did not pass included a call for the government to “standardize procedures and policies to interface community hospice associations with Alberta Health Services” and one calling on the government to “open the New Home Buyer Protection Act for review with appropriate consultation from rural stakeholders and small builders.”