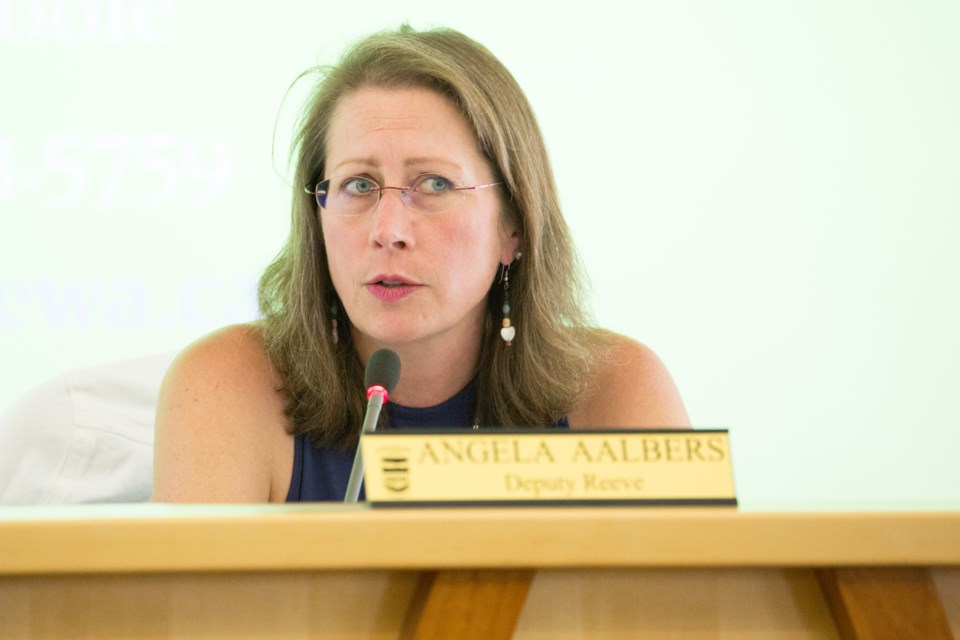 Angela Aalbers, Division 5 county councillor, said it's her opinion that the province should look after jet boat access on the Red Deer River, not the county. File photo/MVP Staff

MOUNTAIN VIEW COUNTY — Council has instructed administration to send a letter to area MLA and Environment and Parks Minister Jason Nixon regarding a resident request for a boat launch site on the Red Deer River.

The move came by way of motion at the recent regularly scheduled council meeting.

Council received a letter from area resident Stew Erickson suggesting a boat launch should be established near Sundre to allow better boat access.

“In discussions with numerous jet boaters, local and from around Red Deer, they would like to see a decent boat launch closer to Sundre. The only ones now are at the Dickson dam, other than makeshift ones that are along the way, on private land, or they are highly inaccessible,” said Erickson.

“The upper Red is a high quality river for jet boaters. In my case, along with numerous other locals, it’s inconvenient to go all the way to Dickson dam just to launch on a river that is half a mile from our house.”

He suggested that the Town of Sundre and Mountain View County “pull together a group to work together and find a location” for a new boat launch.

During the council meeting, CAO Jeff Holmes said administration has looked into the issue of a boat launch near Sundre.

“We did identify that the Sundre Fire Department has also been lobbying for a boat launch,” said Holmes. “I think it is still in conceptional stages from the fire department perspective at this time.”

Placing a boat launch in the McDougal Flats area upstream of Sundre could be problematic, he said.

“As council is aware, it is a braided river (at that location), so it does move periodically. So, that kind of infrastructure in the McDougal Flats area would be a significant challenge,” he said.

“I think there is some merit to asking Alberta Environment to consider looking at a launch within the area as part of Alberta Parks and Rec’s recreational facilities. I don’t believe that we (Mountain View County) want to build and construct and operate a boat launch.”

Division 2 Coun. Greg Harris asked if a specific location has been identified. CAO Holmes said no.

Aalbers said she would not support the county taking the lead on a boat launch project.

She proposed a motion that a letter being sent to Alberta Environment and Parks “requesting a review for a boat launch to be constructed as part of AEP recreational facility infrastructure to protect the current random access issue of jet boats.”

She added that, “We are telling Alberta Environment that there is an issue with random access and we would like them to essentially sort it out because if they are going to allow jet boats on the river, I think it only makes sense that they provide infrastructure that isn’t going to be harmful to the environment for those boats to access the river.”

All councillors voted in support of the motion.

Proposed bylaw chooses website over newspaper as primary notification
Jul 31, 2020 9:00 AM
Comments
We welcome your feedback and encourage you to share your thoughts. We ask that you be respectful of others and their points of view, refrain from personal attacks and stay on topic. To learn about our commenting policies and how we moderate, please read our Community Guidelines.