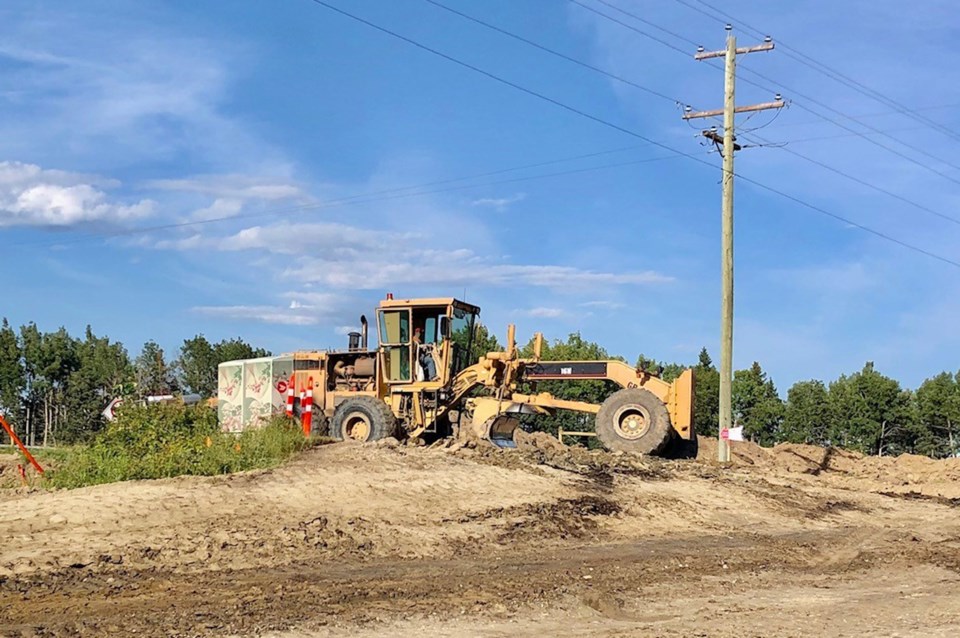 MOUNTAIN VIEW COUNTY – County council has been given an update on the $10 million Bergen Road upgrade project now underway west of Highway 22.

The review came during the Aug. 25 regularly scheduled council meeting and included an update from Colin Stroeder with Wood Environmental & Infrastructure Solutions.

Started in June and scheduled to be completed in October, the project includes new paving along the east-west roadway.

“As everyone is aware we had a brief delay on the project with our Water Act approval,” said Stroeder. “We finally got that in place and the contractor has been back on site for about three weeks. They are making very good progress on the project.”

Base work on the project is set to start after the Labour Day long weekend, he said.

“There’s approximately 50,000 tonnes of base to put down,” he said. “I anticipate that is about two or three weeks work, at which time they will be able to pave the road, and that will take about two to three weeks as well.”

It will be about six weeks after the Labour Day weekend when the project should be completed, he said.

Asked by Reeve Beattie what impact a downturn in the weather may have on the paving project, he said, “Once we are in the paving stage it has minimum impact, unless we start getting into really cool temperatures, constantly below zero. Typically we can work up until the beginning of November, depending on Mother Nature.”

Beattie says he has heard concerns from area residents regarding phone service being disrupted.

The contactor has been working with Telus to identify the cause of the disruptions, Stroeder said.

Coun. Peggy Johnson called for a concrete solution to the interruption problems.

“Is there something we can do going forward?” she said.

Temporary phone lines have been laid out outside the construction area, he said.

“We are trying our best not to have any line strikes,” he said.

The crushing of aggregate for the project has now been completed at the Bergen pit, he said, noting the asphalt plant should be in operation by mid-September.

The project includes widening the road, improving the side slopes, and changing the grade-line for better visibility and safety, the county said.