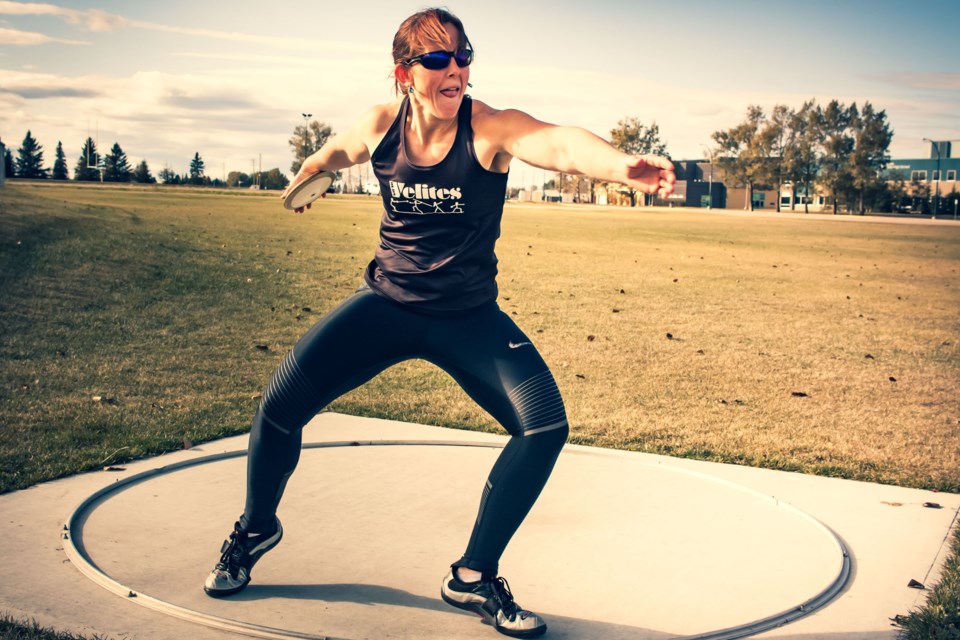 Andres lays that squarely at the feet of people who haven’t been following COVID restrictions as well as provincial bureaucracy.

In an email, Andres said in Alberta, no more meets are allowed between now and the June 29 deadline to make the Olympics in Alberta.

“But Alberta has no provisions for elite athletes to continue competing towards the Olympics. B.C. is continuing to compete this month, but we aren’t allowed to travel there.

“You’d think we would have more support within Alberta for Olympic and Paralympic athletes, especially for an easy to social distance sport. And May is incredibly pivotal for those of us working to qualify.”

Andres said it is incredibly frustrating to be so close to possibly qualifying as her body gets closer to optimum performance, only to have no meets to make all that practice and preparation pay off.

“As an Olympic-stream athlete, this is incredibly frustrating watching what I’ve worked so hard for slip away because people have been unwilling to wear a mask and social distance.

“We started masking in my sport long before there was a province mask mandate. Everyone understands that we’re protecting each other.”

Andres says she is hoping for one last shot to qualify if competition is allowed in B.C. at the beginning of June.

There’s still a possibility the Olympics won’t happen this year after all.

A poll taken by a Japanese broadcaster earlier this year found that about 80 per cent of survey respondents said the games should be cancelled or postponed.

However, Andres continues to train with the understanding the Olympics will occur as scheduled.

“The International Olympic Committee keeps telling us the Olympics are on and going to happen. So that’s all we as athletes have to go on,” she wrote.

She's busy communicating with everyone she can think of to find a way to compete and qualify before this year's deadline.

“Otherwise, the Olympics will be off the table," she wrote. “If Alberta would allow high performance athletes to compete, we wouldn’t be in such a bind.”

Andres is now 34 years old. At her age she still has at least one shot at going for Olympic glory.

"Women in my event are much like marathoners and can continue competing at a world level into their early 40s,” she wrote.

“With my personal progressions, I have a good shot at 2024 Olympics. 2028 would be pushing the limit. It’s possible, but it would be on the upper end for continuing at a world class level.

"Places like Ontario and B.C. specified that elite athletes could continue to train, travel, and compete in their Olympic pursuits. Alberta did not specify that at all and went further to even prohibit adult activities when 18 and under were allowed indoors,” Andres wrote.

She said athletes have been petitioning to be allowed to compete again like they were in early April, but so far, to no avail.

"There is no guarantee that we will get anything. I’ve just been told to plan that we won’t get any more competition opportunities in Alberta before the Olympic qualification deadline and to go elsewhere,” she added.

Officials in the offices of Alberta Health and Chief Medical Officer of Health Deena Hinshaw were contacted by email for comment on this story but no replies were received by press time.