Volleyball player, basketball player are athletes of the week 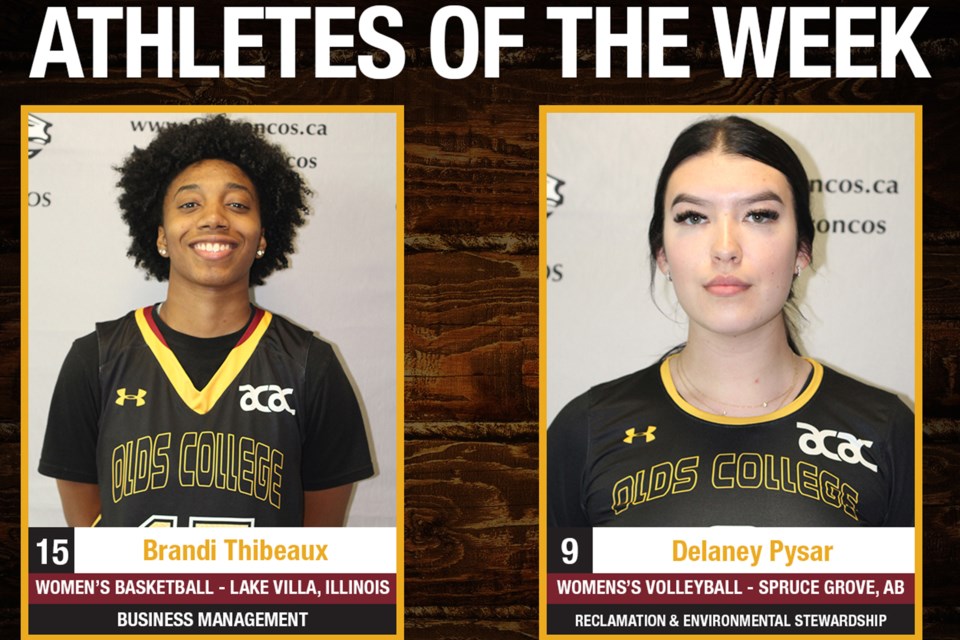 Brandi Thibeaux and Delaney Pysar are the A&W Olds College Broncos athletes of the week for Jan. 27-Feb.2.

Pysar, an outside-hitter, showed her leadership for the Broncos in their weekend matches versus the Briercrest College Clippers.

The Spruce Grove native followed that up Saturday with three kills, one service ace and six digs.

Delaney is a vocal leader on and off the court and brings a fire and infectious energy to the Broncos' roster.

Thibeaux, a second-year women’s basketball student-athlete had an outstanding weekend again for the Broncos in a pair of wins over Briercrest College.