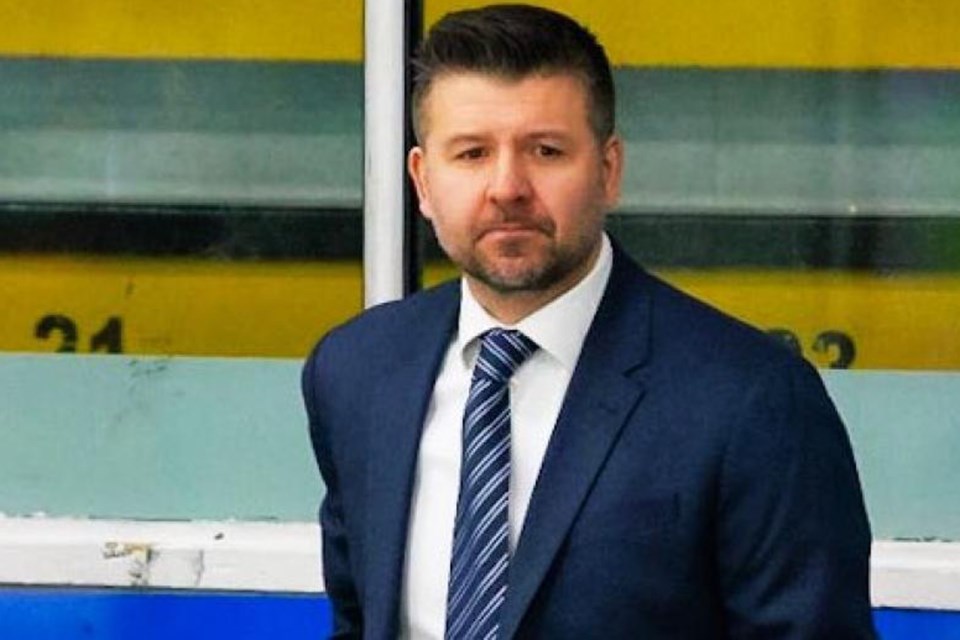 OLDS — Joe Murphy, head coach and GM of the Olds Grizzlys, has resigned as of Monday, Jan. 13.

Pete deGraaf has been appointed as interim head coach while the club searches for a replacement.

“The Grizzlys organization wish to thank Joe for all his hard work and commitment to the organization and we wish all the best to Joe, Maggie and family in their future endeavours,” the club said on its website.

It’s too early to say exactly when the Olds Grizzlys will find a replacement for Murphy, but they won’t let that search drag out until the end of this season, according to Trent Wilhauk, the team’s vice-president and member of the Alberta Junior Hockey League’s (AJHL) board of governors.

Wilhauk made that statement during a press conference at the Olds Sportsplex on Monday, Jan. 13, the day the team announced Murphy’s decision to step down for personal reasons.

“The organization’s working as quickly and swiftly as possible to make sure that happens in short order.

“But we want to stress that we’re going to do our due diligence to make sure it’s the right guy – the right decision that’s going to lead our franchise for the next three to five years.”

Wilhauk said Murphy’s decision to step down was his — not a decision of the team’s executive.

“I just want to make it clear that this was a personal decision. It had nothing to do with some of the rumours that are running around town," he said.

“I just want to say that Joe is a Grizzly. Joe bleeds black and gold,” Wilhauk added.

“Joe is a three-time AJHL champion, a Centennial Cup champion. Joe’s a very popular alumni member and Joe will always be welcome in the Grizzly organization with open arms.”

Wilhauk was asked if the team will go the remainder of the season with interim head coach Pete deGraaf.

“No. We won’t,” Wilhauk said. “We owe it to the players — to this year’s team, the graduating 20-year-olds specifically — that we get the right guy in place to make sure that the season still stays on track and we have a successful finish to the season and move into the playoffs.

“And we also owe to the kids that we’re recruiting – you know, there’s a couple of local kids in town that we want to sign here in the next day or two. We owe it to them,” he added.

Wilhauk said right now, the plan is to hire another head coach-GM, because that’s deemed to be best at the junior hockey level. But the team is not ruling out splitting the job in two and hiring a separate head coach and GM if that’s determined to be best for the organization.

He said De Graaf has made it clear he’s not a candidate for the head coach-GM position on a permanent basis.

“Pete has specifically said that because of his personal life, the coach and general manager position is something that he is not interested in. So he’s not a candidate. He’s just helping us out because that’s just the quality person he is,” Wilhauk said.

As of last week, the Olds Grizzlys were in a playoff spot, despite sitting second-last in the AJHL’s seven-team Viterra South division with a 9-27-5 record.

As a result, said Wilhauk, the team is “in good shape.”

“I think we have a team that can provide a first-round upset. I firmly believe that, and now it’s our job as an organization to step up and find the right guy that keeps developing the Grizzlys organization moving forward,” he said.

He noted the team was on a high after its latest win; 4-2 over the Lloydminster Bobcats on Jan. 12 at the Olds Sportsplex.

On Friday, Jan. 10, the trade deadline, the Grizzlys announced they had acquired defenceman Brent Schuldhaus, born in 1999, from the Canmore Eagles for future considerations.

Schuldhaus played with the Spruce Grove Saints and Canmore Eagles during the 2018-19 season.

Before joining the Grizzlys, Schuldhaus played 40 games for the Eagles, scoring eight goals and picking up 10 assists.

Olds Grizzlys junior A development season now underway
Sep 9, 2020 6:00 AM
Comments
We welcome your feedback and encourage you to share your thoughts. We ask that you be respectful of others and their points of view, refrain from personal attacks and stay on topic. To learn about our commenting policies and how we moderate, please read our Community Guidelines.