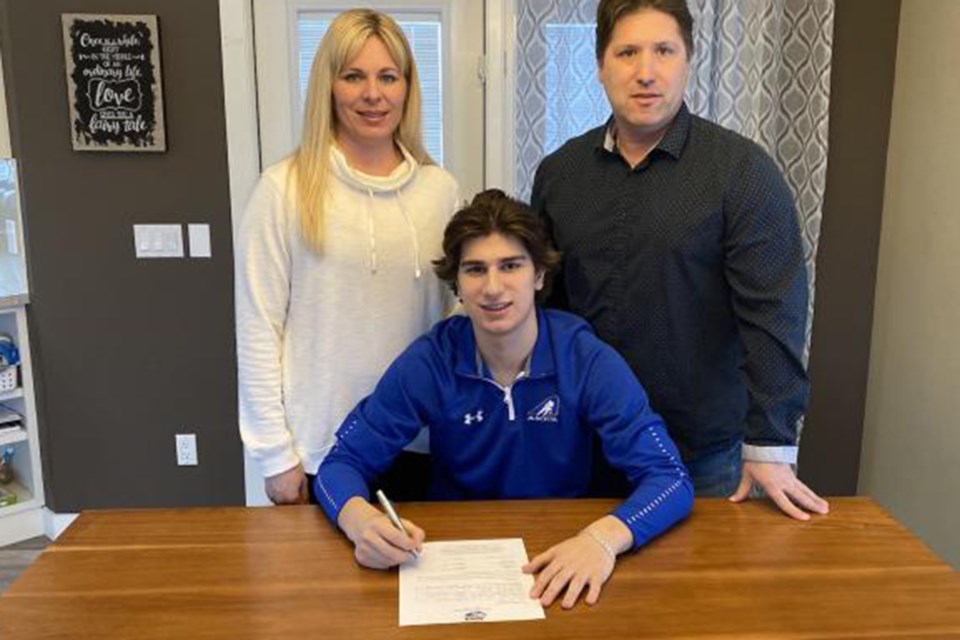 OLDS — The Olds Grizzlys have announced the recent signing of three players.

During the past couple of weeks, the junior A hockey club has announced that forward Nolan Larson of Red Deer and twins Tijs and Lowie Vreys of Penticton, B.C. have signed letters intent to play for the team.

In two games this season, Larson picked up one assist. However, during the previous season, while playing for the for the Red Deer U16 AAA Chiefs, he scored 27 goals and got 19 assists for 46 points. He spent 80 minutes in the penalty box.

“Nolan is a natural scorer who possesses an accurate shot with an exceptional release," the Grizzlys website says.

“His offensive awareness and high compete level made him a top tier goal scorer in U16AAA and will add offensive punch to the Grizzlys lineup for the years to come.”

The Vreys brothers were born in 2003.

Tijs is a forward and Lowrie is a defenceman. Both played for the Penticton OHA U18 Prep team this season. They’re expected to join the team this fall.

On the website, he’s described as “a highly skilled forward with a very high level of compete and battle in him."

“Tijs is a good skating forward who will be counted on to be a point producer while still playing a solid two-way game,” the site says.

“Grizzlys scouts have been raving about his skill set."

The Grizzlys like his size and his physicality. He also skates well. Another strong attribute is his defence-first mentality.

The website says he “will be counted on to play a big tough defensive game, but will not be scared to jump up in the rush.”