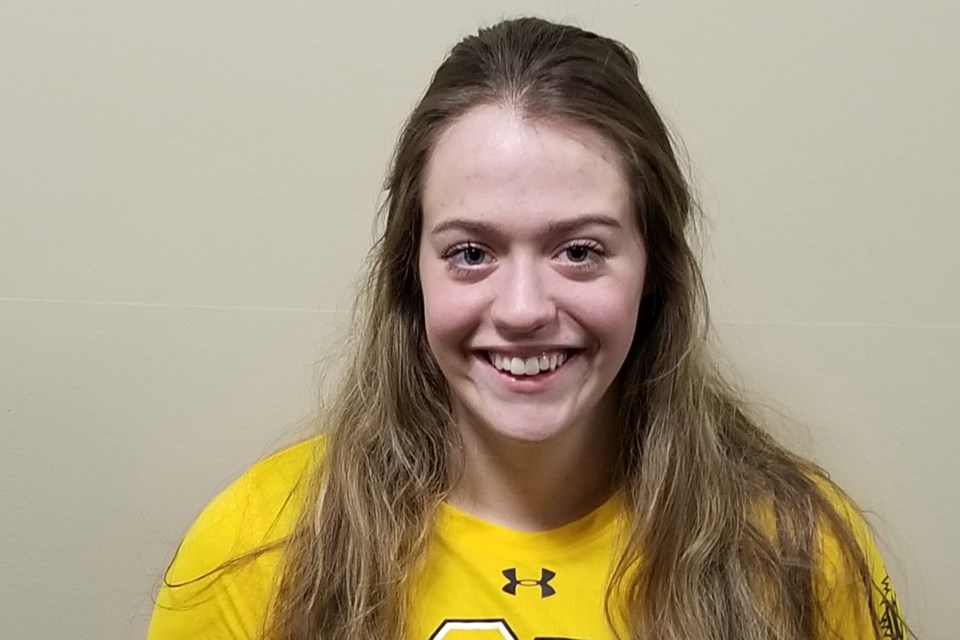 OLDS — An athlete who was dominant in high school in Calgary has signed with the Olds College Broncos women’s volleyball team.

Lexi Lafreniere, a setter/right side player, is 5’ 7” tall.

Rhonda Schmuland, the college’s new female volleyball head coach, is happy to have her.

Lafreniere was athlete of the year for five years in a row at James Fowler High School (JFHS) in Calgary.

She was also team captain during her last two years there and was named the team’s most valuable player during its 2018-19 season.

She helped the team win the high school city division championship in grades 10 and 12.

During her six-year JFHS swimming career, she placed first or second in the team relay at provincials four times.

“Her versatility as a setter and a right side will be a great asset for us as it will add depth to both our setting and attacking options.

“Lexi will be a great addition to our culture as she is a hard working athlete who is determined to improve each time she steps foot on the court.”

Information for this story was provided by Jadon Frank of Olds College Athletics.