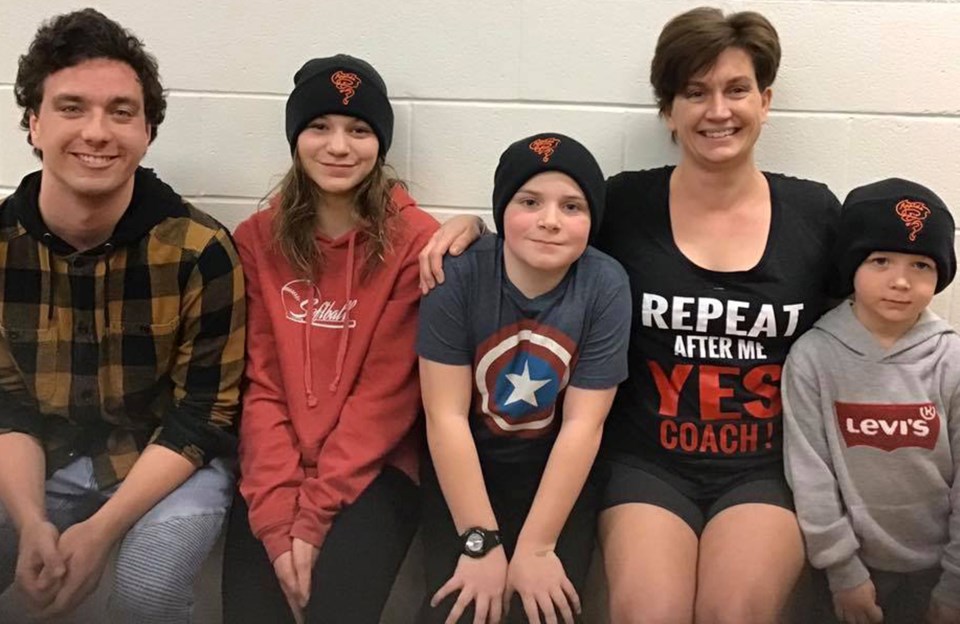 OLDS — Four awards were recently handed out and several records recognized as members of the Olds Rapids celebrated the end of their first session of the season (September to December).

The September swimmer of the month is Brittany Gelleny. Unfortunately she was not there to receive her award.

"She aims to create awareness for the needs of deaf and autistic swimmers who do not yet receive recognition under the para standards of Swim Canada," Wessels says.

Josh Stuart is the swimmer of the month for October. Stuart holds the club's record for boys 10 and under 1,500 metre (m) freestyle.

The swimmer of the month for November is Seleah Organ.

Alex Martin, who is just four years old, is the swimmer of the month for December.

Martin completed his first meet in December at the Nose Creek Swim Association winter splash meet, during which he swam in the 100 m backstroke event.

Wessels describes that as "impressive."

Four swimmers chalked up a total of 16 provincial qualifying times.

During the end of session celebration, several swimmers received MyFirstRace Fishbowl awards. The Fishbowl awards are a program launched by Swim Alberta to motivate young swimmers to achieve different "fishes" for their fishbowl. Each fish represents a different distance and stroke.

Junior hockey girls showcase talent in Innisfail
Jan 16, 2020 2:20 PM
Comments
We welcome your feedback and encourage you to share your thoughts on this story. We ask that you be respectful of others and their points of view, refrain from personal attacks and stay on topic. To learn about our commenting policies and how we moderate, please read our Community Guidelines.