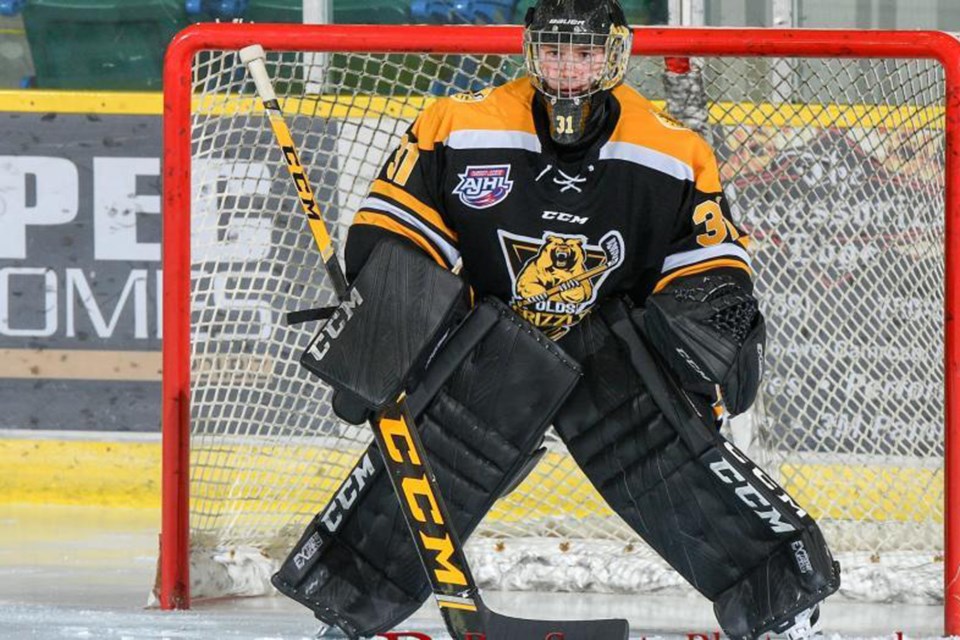 Players selected to that team “demonstrate the qualities of a strong student-athlete working to further their athletic and academic pursuit,” an AJHL news release says.

“AJHL players nominated for the all-academic team are regarded as having commendable dedication to their studies at either the high school or post-secondary level, along with a grade score reflective of their academic success,” the release adds.

Hughes graduated from high school a couple of years ago. He plans to go to university this fall with a goal to becoming a doctor, perhaps a surgeon or other specialist.

“I have cousins that are nurses and one’s a dentist. They just seem to really enjoy and love their jobs in the medical field so I think this is something I could really enjoy as well,” he said in an interview.

At the end of the season, Hughes also won the team's community spirit award — for the second season in a row.