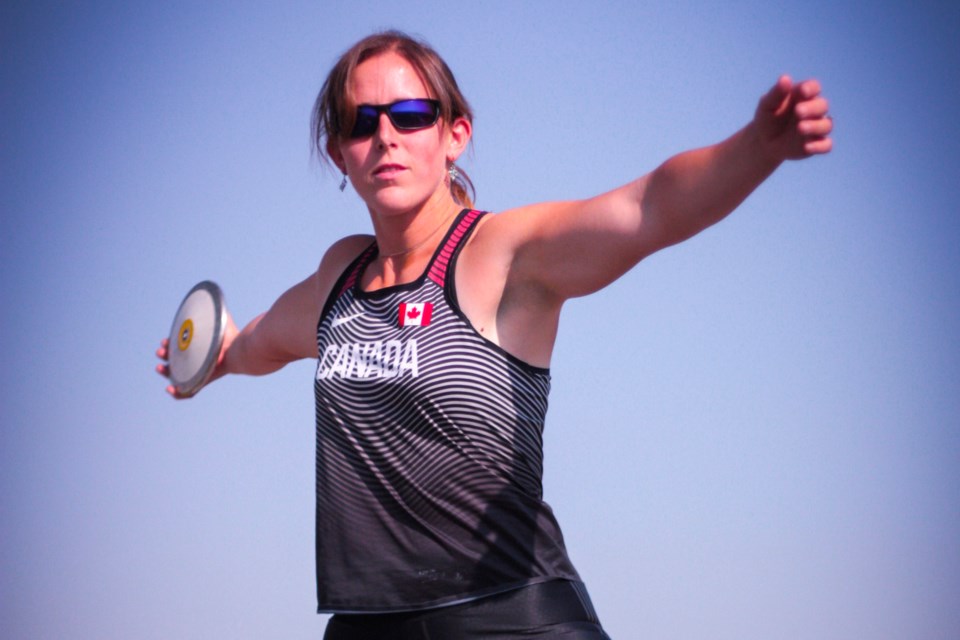 Rachel Andres will be competing in two events: a high-level meet near Canberra on Feb. 13 and a lower-level one in a suburb of Sydney on Feb. 15. Photo courtesy of Daniel Andres

The Olympics will be held July 24-Aug. 9 in Tokyo.

In Australia, Andres be competing in two events: a high-level meet near Canberra on Feb. 13 and a lower-level one in a suburb of Sydney on Feb. 15.

She’s confident about her chances of qualifying for the Canadian team.

Unfortunately, Andres says there’s no place in Olds where she can throw a woman’s discus indoors so she has had to adapt.

“There’s no place indoors big enough for me to throw it. So I’ve been throwing the men’s weight for my practice indoors and it’s going about 10 metres further than it was at the same point last year,” she said.

Andres is well aware of potential health concerns as a result of the many wildfires that have broken out in that country over the last few months. Some tennis players expressed concerns for their health during the Australian Open, still underway in that country.

“I’ve got smoke masks I’m taking with me and an inhaler,” she said, noting she had to deal with that when smoke from wildfires spread though the Prairies last year.

“The worst of it’s passed through Canberra already so I am hopeful that it will be less than what our wildfire issue was last year with all the smoke,” she added.

“I mean, athletes learn how to train around this stuff. It’s an Olympic year so we do what we’ve got to do.”

Andres is also very conscious of the concerns around athletes using anything that might be considered a possible performance-enhancing item or substance.

“I am very well aware of the drug issues. And things like inhalers are easily cleared under a TUE (therapeutic use exemption),” she wrote in an email.

“The particular inhaler I have doesn’t hit any illegal status until more than 12 puffs are used in a 12-hour period and I rarely need more than two, even when the smoke is at it’s worst.

“We have websites to check as athletes to check for supplements that have been cleared (even vitamins that are officially cleared of banned substances) and what medications are allowed in and out of competitions,” she added.