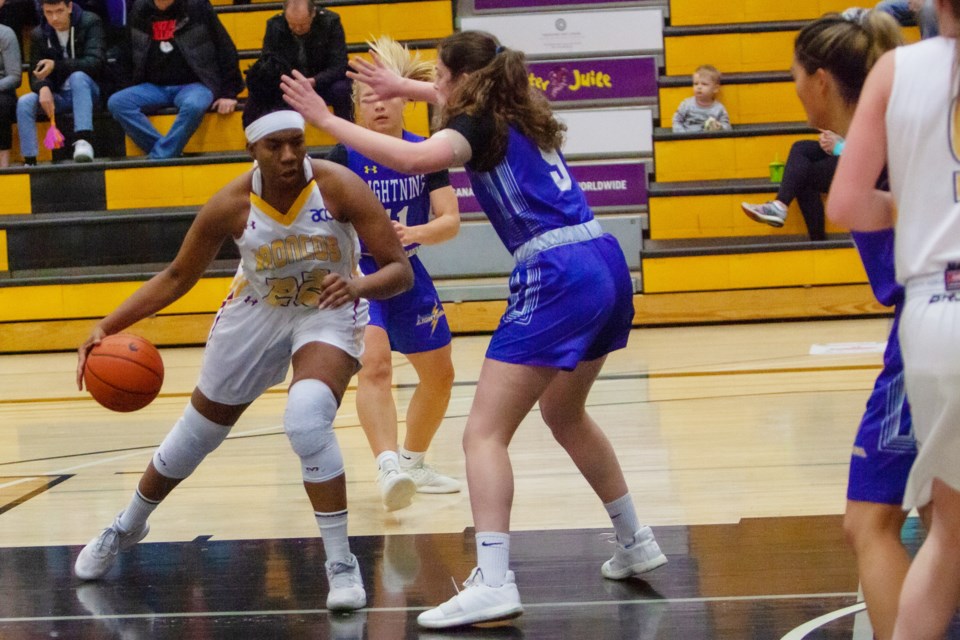 Thibeaux is a six-foot forward from Lake Villa, Illinois competing in her fifth year of eligibility after transferring from North Dakota State College of Science for her third year.

This is the second season in a row that Thibeaux has been honoured as a CCAA All-Canadian after being selected as the Alberta Colleges Athletic Conference (ACAC) women’s basketball player of the year, ACAC south first-team all-conference member and ACAC championship tournament all-star earlier in March.

Thibeaux is a two-time ACAC scoring champion and ranks near the top of several career statistical categories, though only competing in the CCAA for three seasons.

She also holds several ACAC records, including most two-point field goals in a season with 218, most blocks in a game and career with seven and 130 respectively.

In 2019-20, Thibeaux had one of the most statistically balanced seasons that a CCAA basketball student-athlete could imagine.

She ranked in the top 10 in almost every statistical category in the (ACAC).

Thibeaux is a team captain and leader on the Broncos.

She leads by example with her work ethic on the court. She makes her team better and does what it takes to win, while also quickly picking her opponent up off the floor.

An indication of her self-improvement is how she scored 14 three-point shots this season, after scoring two and one during the previous two seasons.

She also broke her own record with 49 blocks and a career high 58 steals this season.

“She is a ‘franchise’ player in how committed she is to the game and how she makes the players around her better.

“All of us in the Broncos family are proud of her accomplishments over the past three seasons and know she will do amazing things as her basketball career continues.”