OKCS senior girls maintain No. 1 ranking in 1A basketball 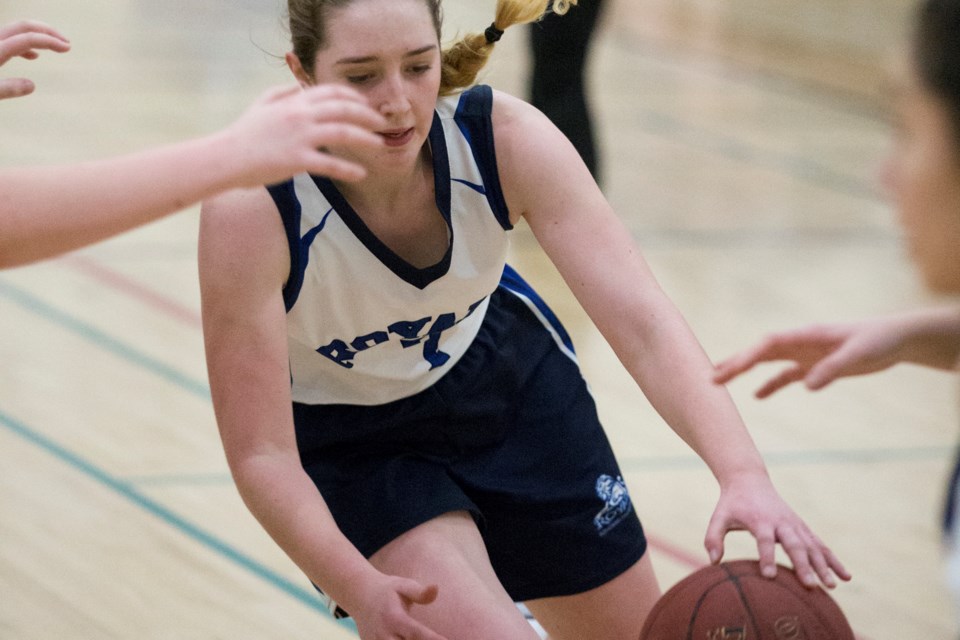 OLDS — The Olds Koinonia Christian School (OKCS) senior girls' basketball team is once again ranked No. 1, proving its first-ever 1A championship last year was no fluke.

The Royals achieved that ranking among 1A teams for a second time this year on Feb. 14. They were also ranked No. 1 on Jan. 20.

The Royals dominated their home tournament Feb. 14-15, downing Strathcona-Tweedsmuir 64-26 in the final.

To get to that final, OKCS defeated David Thompson 70-55 and pummelled Drumheller Secondary 64-45.

“The senior girls are having another outstanding season defending their 1A provincial banner from last year,” spokesman Ken Terpstra wrote in an email.

Terpstra said their four losses have come at the hands of 3A schools, which have much larger school populations, therefore, a larger pool of athletes to draw from.

They were beaten by only four points by West Island College which last week was ranked first in 2A provincially and defeated Calgary Christian, which was ranked No. 2 in 2A rankings last week.

In addition to their home tournament, the Royals have also won tournaments at Parkland Immanuel, Central Alberta Christian, and Ryley.

The Royals finished second in their draw at SAIT and Rundle College.

Their next action is March 6 and 7 in Three Hills.

Coach Diane Sewell says her goal is always to have her teams play a fast-paced running game, with the ability to switch to defence quickly and the Royals are working hard at that.

“They are very quick to switch defences as I search for ways to slow down the opponent's offence,” she wrote in an email.

However, she added, “we need to work on communicating on the court.”

The Royals have a couple of tall players, but most of the team is of average height.

“We are definitely a team that doesn't quit. The girls play with all their heart the entire game. They are very fun to coach,” she added.