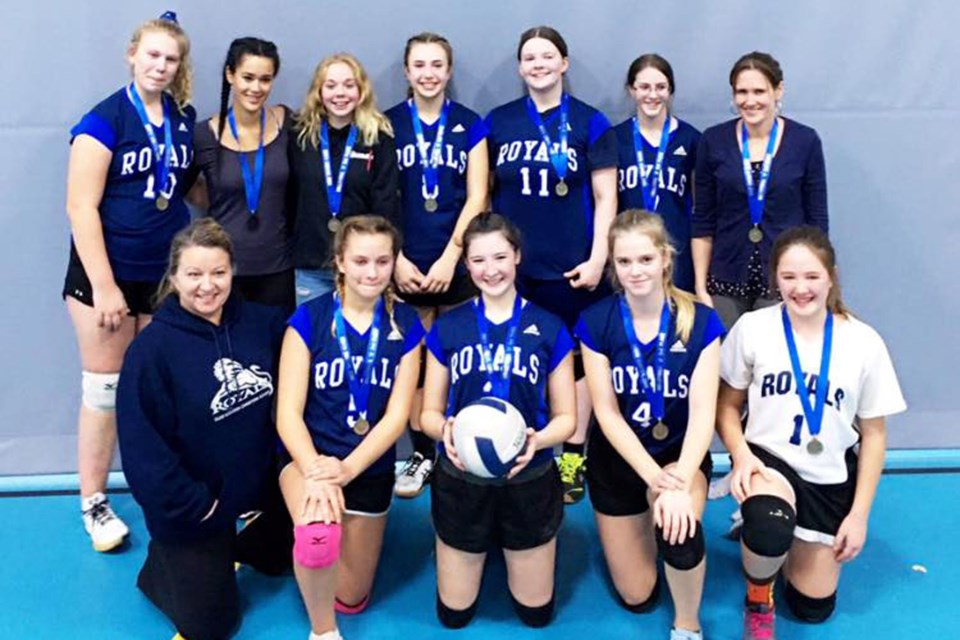 The Olds Koinonia Christian School junior girls' volleyball team won a silver medal in zones, held Nov. 8-9 in Duchess. This marked only the second time in the school's history that they've medalled in zones, according to Ken Terpstra, the school's athletic director.

“This is just the second time in school history that our junior A girls have medalled in volleyball zones,” says Ken Terpstra, the school’s athletic director.

The Royals lost to Prairie Christian Academy in the final.

The school’s senior boys' team qualified for zones, held this past weekend in Bassano.

They did so after finishing as one of the top four teams in the west regionals, held in Cremona.