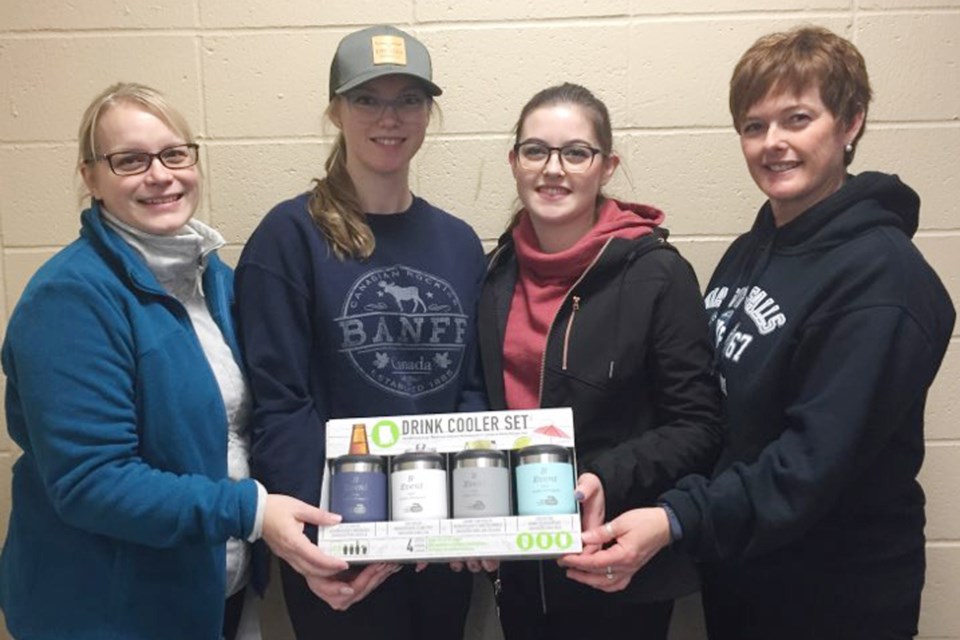 This rink from the Northwest Territories won the A event in the 2020 Olds Ladies Bonspiel. Members of the team were Zoey Walsh, third Julie Rowe, second Nicole Griffiths, and lead Madison Beck. Submitted photo

Other rinks from as far as Calgary took part, as well as rinks from Mountain View County, including Carstairs and Olds.

The B event was won by the Angie Fazakas rink with third Sadie Southern, second Hope Southern and lead Tammy Southern.

The Leasak rink placed second in the C event, the Notley rink third and the Wilkins rink fourth.

Spokesman Heather Noel says a total of 24 rinks entered the bonspiel, up from 18 last year.

She is not sure why so many more rinks entered this year.