No bull; local heads to Ice Cross event in Quebec 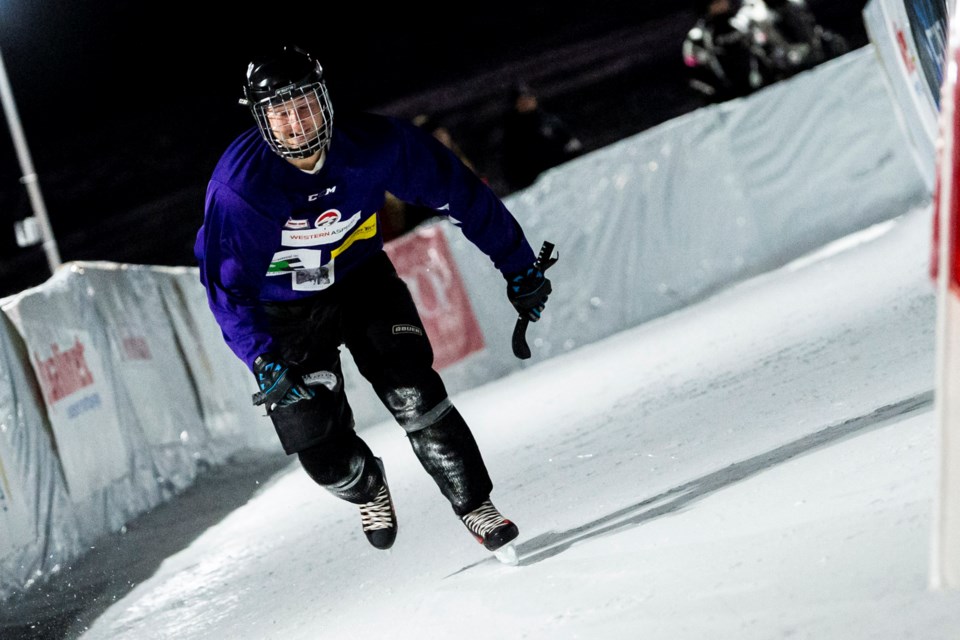 Steven Ross of Didsbury at the Red Bull Ice Cross series event in Quebec City in 2019. Ross is returning this year to the event and hoping to do even better his second time around. Submitted photo

DIDSBURY - A Didsbury resident is heading to Quebec City at the end of the month to participate in the Red Bull Ice Cross (formerly Crashed Ice) event, which is part of the world tour circuit.

Ice Cross is a relatively new sport in which competitors fly quickly down a winding downhill course on skates.

For Steven Ross, who lives in Didsbury with his wife and works up north at asbestos testing and abatement, the event will be his second. He is hoping to improve on his result in 2019 in Quebec City, when he finished in the middle of the pack.

Ross, an avid hockey player, got into the sport after seeing it on TV a few years ago.

"I wanted to try it," said Ross. "I never really had the chance to. Last year everything lined up and I was able to go."

Ross said he didn't get many chances to train last year and it was mostly about learning what the sport was about.

"This year I've trained quite a bit more because now I know how to train for it," he said.

Ross trains in Calgary at B-Line Bike Park, which has similar features on the track. He also lifts weights and skates in town at both the Didsbury Memorial Complex and the outdoor skating surface in Valarosa.

He describes Ice Cross as a mix of snowboard cross and bobsleigh.

"You skate down an ice track with drops of 10 to 15 feet," he said. "Some tracks you can get up to 80 kilometres per hour on two little blades. It's scary. It's probably the scariest thing I've ever done but also the most fun."

Ross said the event consists of practice runs and time trials solo followed by racing with four persons on the course at the same time.

The Red Bull Ice Cross series has races throughout the world, but only three in North America, with the one in Quebec being the closest to home, said Ross.

"It's very expensive," he said. "Red Bull doesn't cover anything unless you're one of the top guys."

Ross enjoys the competiveness of the event. Last year he made it to the "last chance" qualifier before being knocked out.

"I like the extreme part of it; the speeds and the drops," he said. "I think for the first time doing it I did decent.

"I just want to do better than last year," he said. "Well that, and not get hurt. Those are my two goals. If I can do better each and every time, that'd be a step forward."

Ross is grateful for all the support he's received from the community. He is hoping to receive more local support and sponsorship to help out with the travel and registration costs for the event.

Local Olympic-qualifying wrestler coping, despite new COVID rules
Nov 7, 2020 5:00 PM
Comments
We welcome your feedback and encourage you to share your thoughts. We ask that you be respectful of others and their points of view, refrain from personal attacks and stay on topic. To learn about our commenting policies and how we moderate, please read our Community Guidelines.