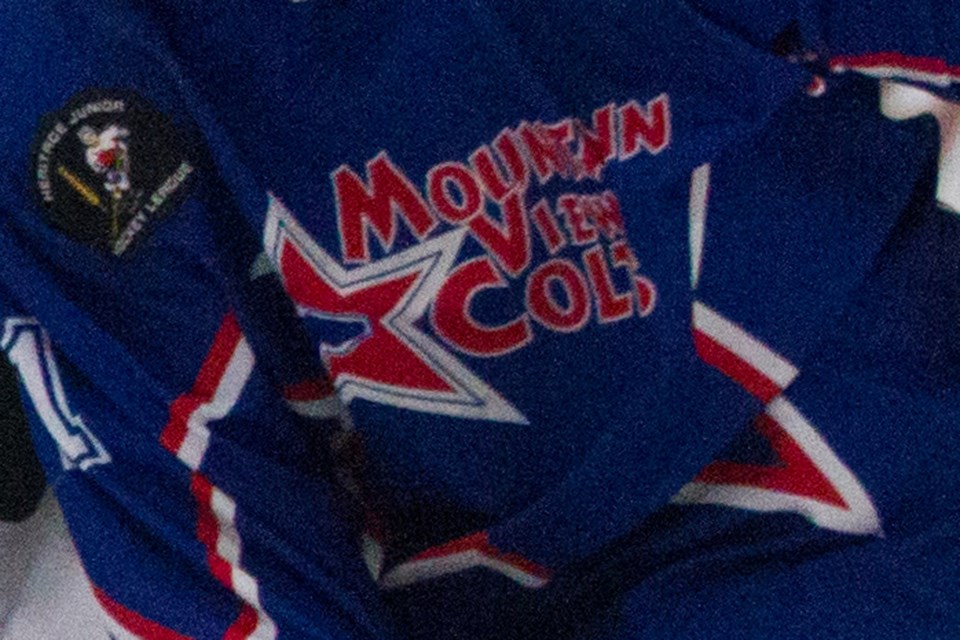 DIDSURY – The Mountain View Colts junior A hockey team opened the 2020-2021 regular season in Airdrie against the Thunder on Oct. 31.

The Colts face off against the Thunder in four straight games to start the Heritage Junior Hockey League season.

The Colts home opener will be Nov. 4 at the Carstairs Memorial Arena, followed by a Nov. 6 match in Airdrie, and a Nov. 7 game in Carstairs.

Didsbury Memorial Arena is being upgraded so it is expected to be unavailable for games until December.

“We are looking alright,” said Olsen, in his ninth year as Colts head coach. “So far it looks good. In this type of year, we are happy to be playing hockey and having the kids get some games in.”

Most of the 2020-2021 line-up is made up of returning players, with about five or six new players, he said.

Defenceman Laine Rothenbusch is the captain of the team this season.

Each of the 14 teams in the league, including the Didsbury-based Colts, will play 20 games this season under modified COVID-19 pandemics protocols.

“We have a north and a south division, so basically what we are going to do is put sister teams together as suggested by Alberta Health,” said league president Gilbert Renaud.

“You’ll have the two teams play each other four times in 10 days, then teams will sit for 14 days before picking another sister team. We will do that five times. We are happy we are going to get to play.”

League teams conducted exhibition games under the same format, with the Colts winning all four games against the Rocky Rams.

Hockey Alberta rules allow for 25 carded players on each team. If all 25 players are on the roster, the coaching staff and team officials will need to be masked.

“If some teams don’t carry all 25, then they can have coaches that can be part of the cohort and don’t need to mask,” he said.

The 2020-2021 campaign will see the return of the Three Hills Thrashers, whose opening day roster includes players from Olds, Bowden and Carstairs. The High River Flyers are taking a leave of absence for the season.