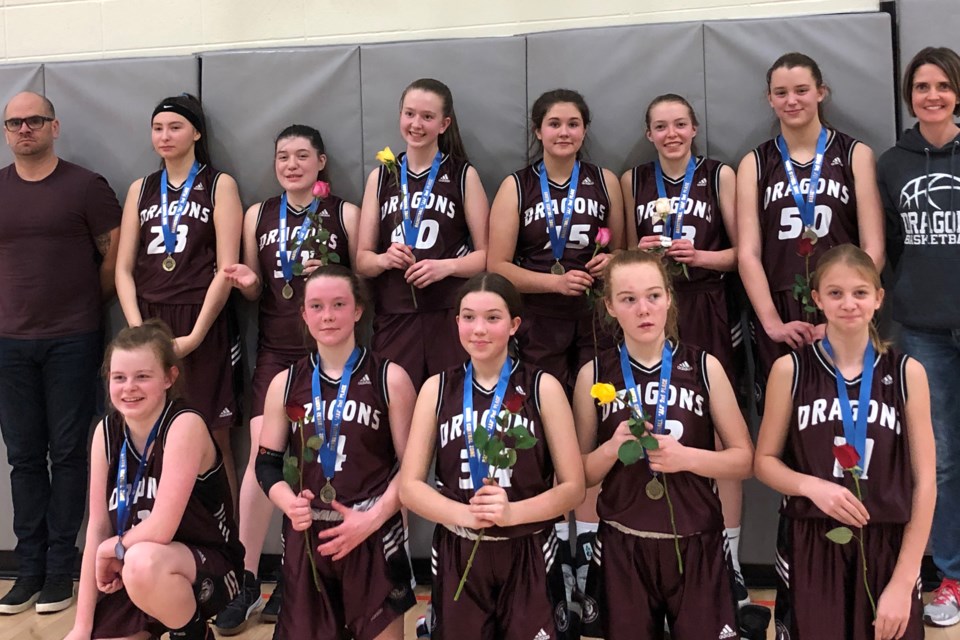 In the round robin, the Dragons beat St. Joseph’s Collegiate from Brooks and Holy Cross.

They then beat Airdrie Middle School in the semifinal to advance to the championship game against the home team from Okotoks.

“The girls played a hard-fought game in the final against the home team from Okotoks but came up short, proudly earning a second-place standing in the south central zone,” said Shannon Black, who coached the team along with David McMane.

The Didsbury High School junior boys played at the zone tournament on March 6-7 in Drumheller. Although the Dragons lost all three games, the boys had fun and improved, said assistant coach Erin Enns.