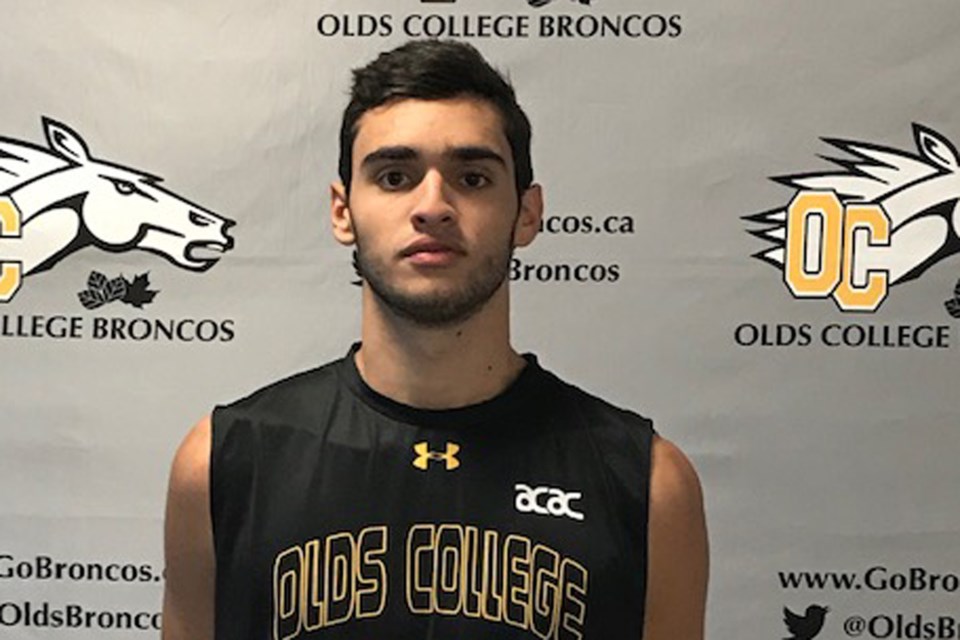 Matheus Franca hails from Nova Lima, Brazil and will be playing for the the Olds College Broncos men’s volleyball team this coming season. Photo courtesy of Olds College

Standing 6’ 6,” Celik is an imposing figure.

Teams he played on won the Turkey championships and finished second in that competition twice.

“We are so lucky to have one of the best high school middle blockers come to us out of Turkey,” Broncos head coach Ryan Marsden says.

“His skill in blocking is something special. He closes the block quickly and he gets so high.

“This year’s team focus is to be a better blocking team, something that Goktan will help us achieve.

“Goktan has already made good connections with guys on the team and we are all excited with his addition to the Broncos family.”

“I’m very excited to be a Bronco because it’s a new country, new challenges and new experiences for me,” Celik says.

When it gets going, this will be the first fall season for Franca. He actually joined the team in January.

“We are so excited to have Matheus back for this upcoming season and to actually get him for a full season,” Marsden says.

“He brings so much passion for the game that is contagious to all those around him. He certainly elevates our game to a whole new level of compete.”

The fact that Franca can play left side or as an opposite adds extra versatility to the roster.

“He stands not only 6'7", but he is long and left handed, making him so hard to stop,” Marsden says.

“We are so lucky to have a person that fits so well into our culture here at OC. He is always smiling and looking for ways to help his teammates.

He was happy to join the Broncos because he regards Marsden as not only a great coach but also a good friend.

He also enjoys the camaraderie on the team.

“They support me all the time and I am so grateful to have them playing with me,” he says.

Information for this story was provided by Jadon Frank of Olds College athletics.