Humpty's Champions Cup of Curling coming back to Olds in 2021 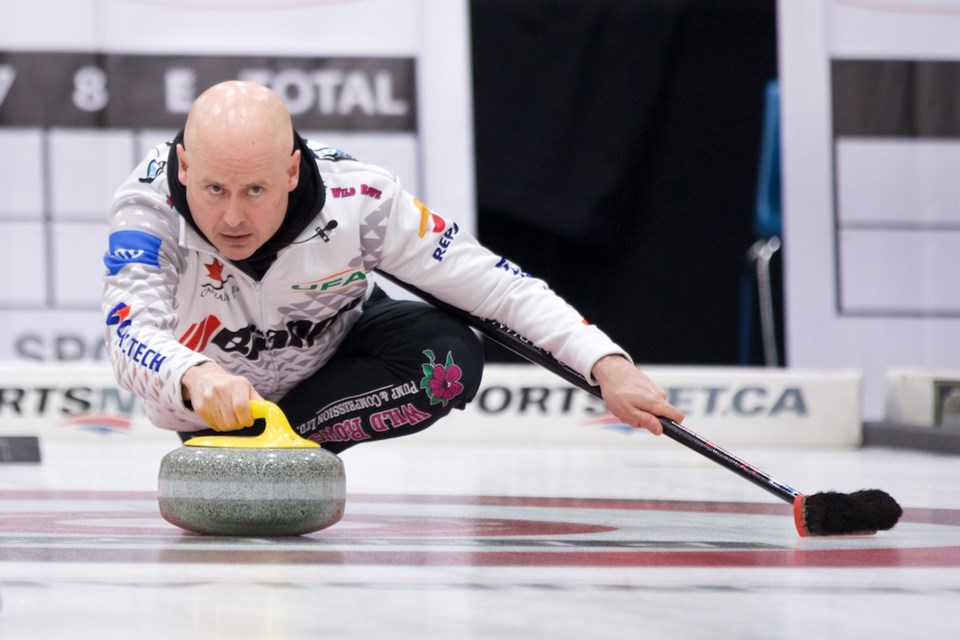 Reigning Pinty's Cup champions Team Kevin Koe from Calgary was one of many teams invited to compete at the 2020 Humpty's Champions Cup in Olds. The Pinty's Grand Slam of Curling season finale has been postponed until 2021. Photo courtesy of Sportsnet/Anil Mungal

OLDS — Although he’s disappointed that the Humpty’s Champions Cup of Curling had to be postponed to next year, local committee co-chair Gary Gaudette says there’s a silver lining: most ticket-holders and sponsors seem to OK with staying on board when it does happen.

The tournament features the top 12 men’s and 12 women’s winners the curling season in one final showdown. Gaudette noted the same teams that qualified for it in the 2019-2020 season are invited for the event next year.

It will be broadcast on Sportsnet and is part of Pinty's Grand Slam of Curling.

During an interview, Gaudette described the decision to postpone the event as “unfortunate,” because the community was so excited to host it and because tickets for the showdown were nearly sold out.

“If you want a refund you can get a refund. If you don’t, if you want to keep your tickets, you don’t have to do anything. You just let it ride and those tickets are good for next year.

“We gave them the same opportunity; if they want a refund, we’ll give them a refund. And if not, then they don’t have to do anything and they continue to be a sponsor.

“And as of right now, everybody seems to be agreeing with staying on board with that, so that’s a good thing,” he added.

“I strongly believe that if it’s still a go, that we are going to be sold out,” Gaudette said. “The interest for curling in Central Alberta is phenomenal. People love their curling.”

Gaudette said Champions Cup of Curling seemed to spark a greater interest in curling among the youth.

“Definitely what we need is for the young crowd to get back into juniors. The junior program seems to be growing,” he said.

Should you wish to obtain tickets or help out with the event next year the 2021 Humpty’s Champions Cup Organizing Committee can be reached at humptyschampionscup2020@gmail.com.