Olds Grizzlys forward Zafir Rawji has been named the Canalta Hotels Alberta Junior Hockey League (AJHL) offensive player of the week. During the week of Oct.
0
Oct 29, 2019 9:20 AM By: Doug Collie 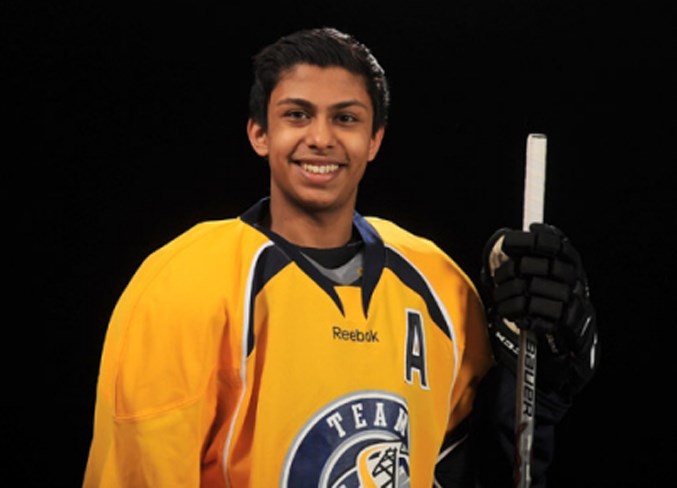 Zafir Rawji of the Olds Grizzlys is the Alberta Junior Hockey League&#8217;s offensive player of the week after an explosive output last week.

During the week of Oct. 21–27, Rawji scored four goals — including his first AJHL hat trick — and picked up three assists.

The 18-year-old Edmonton native notched his first goal of the week in a 4-2 loss to the Camrose Kodiaks on Oct. 22.

He got another point with an assist in a 5-3 loss to Okotoks on Friday, then exploded for five points in a 7-1 victory over the Calgary Canucks on Saturday night.

Rawji scored a hat trick and added two assists to earn the Viterra AJHL Star of the Game award.

The Alberta Ford Dealers AJHL defensive player of the week is defenceman Kabore Dunn of the Fort McMurray Oil Barons. The 17 year-old rookie obtained five points in four games; the most points of all AJHL defencemen last week.