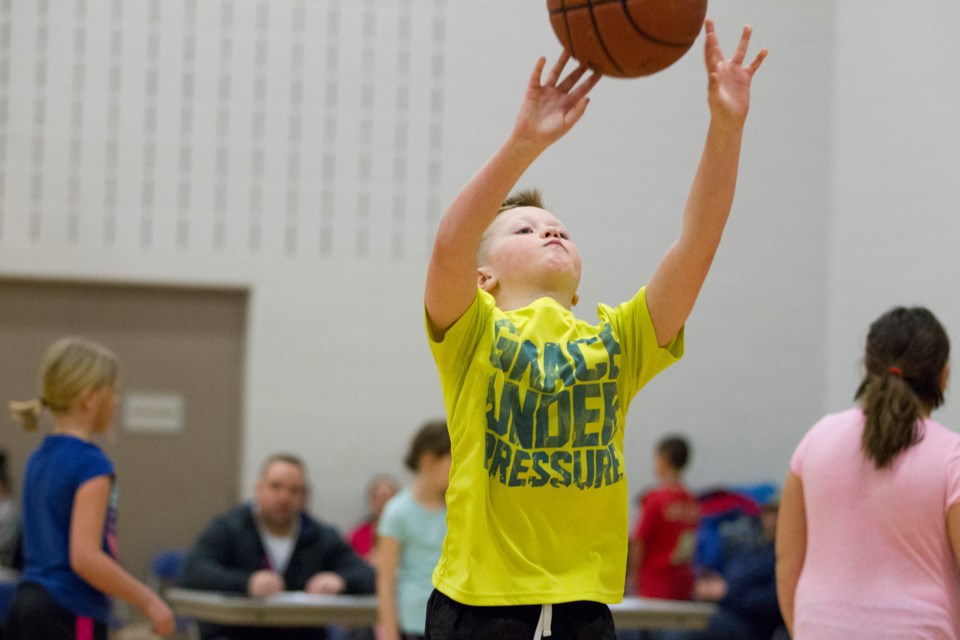 Ten students from Olds and area were winners during the 2020 Knights of Columbus regional free throw championship, held Feb. 29 in Red Deer.

OLDS — Ten students from Olds and area were winners during the 2020 Knights of Columbus regional free throw championship, held Feb. 29 in Red Deer.

Twelve boys and girls from Olds and area, ages 9 to 14, were named local champions of the 2020 Knights of Columbus Free Throw Championship in Olds.

That event, sponsored by the Father Forsythe Council 4748, was held Feb. 22 at Holy Trinity School.

All youth ages 9 to 14 were eligible to participate.

Nine-year-old champions were Madison Whitebear in the girls’ bracket and Alexander Longstaff in the boys’.

In the 11-year-olds’ bracket, Marielle Padiernos (another returning champion) was the girls’ champion and Evan Longstaff won the boys’ 11-year-old championship.

Twelve-year-old winners in the girls’ and boys’ divisions were Spencer Clifford (another multi-year champion) and Grace Killam.

The 13-year-old girls’ division was won by Jadia Mckulin-Taylor and the boys’ division by Grayson MacDonald (also a past champion).

The 14-year-old champion in the girls’ bracket was Felicity Clifford. Past champion Damon Earle won the boys’ category.

Each contestant was allowed 15 free throw attempts in the contest. Ties were settled by successive rounds of five free throws per contestant until a winner emerged.

Organizers are grateful for all the help they received to stage the free throw championship, including local businesses.