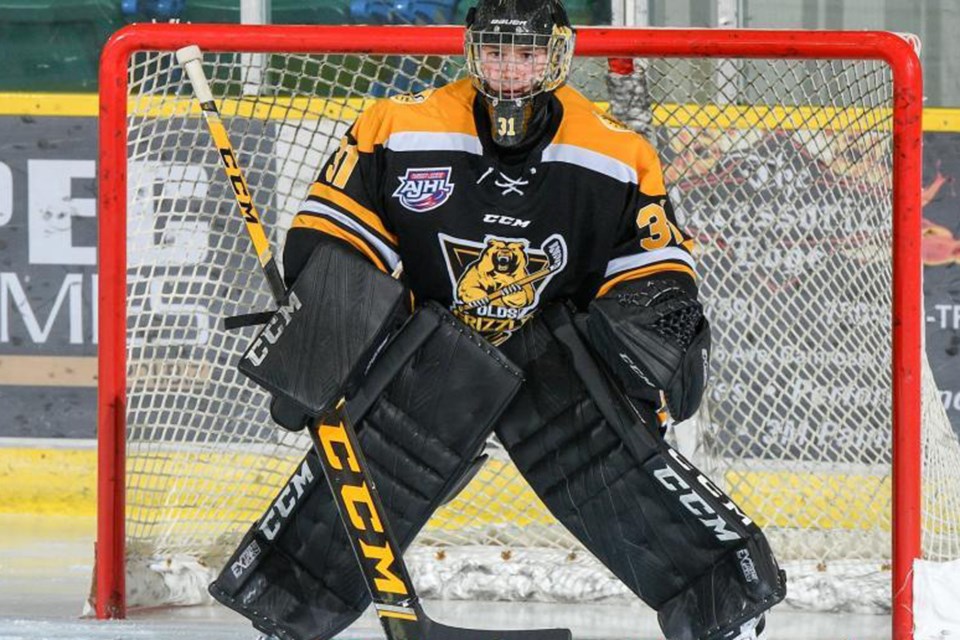 OLDS — Duncan Hughes, part of the Olds Grizzlys junior A hockey club’s goaltending tandem this past season, is moving on to play college hockey in the U.S.

Hughes has committed to play for the Salve Regina University Seahawks of the NCAA (National Collegiate Athletic Association), starting in the 2020-21 season.

Salve Regina University is a private university in Rhode Island.

Hughes, 19, played for the Grizzlys for three seasons.

He saw his most ice time this past season.

On their website, the Grizzlys note Hughes not only played hard on the ice but volunteered in the community.

“The Olds Grizzlys would like to thank Duncan for his commitment not only on the ice but his unbelievable dedication off the ice to the town of Olds, and especially to the young Grizzlys fans he worked with in the Olds schools.”