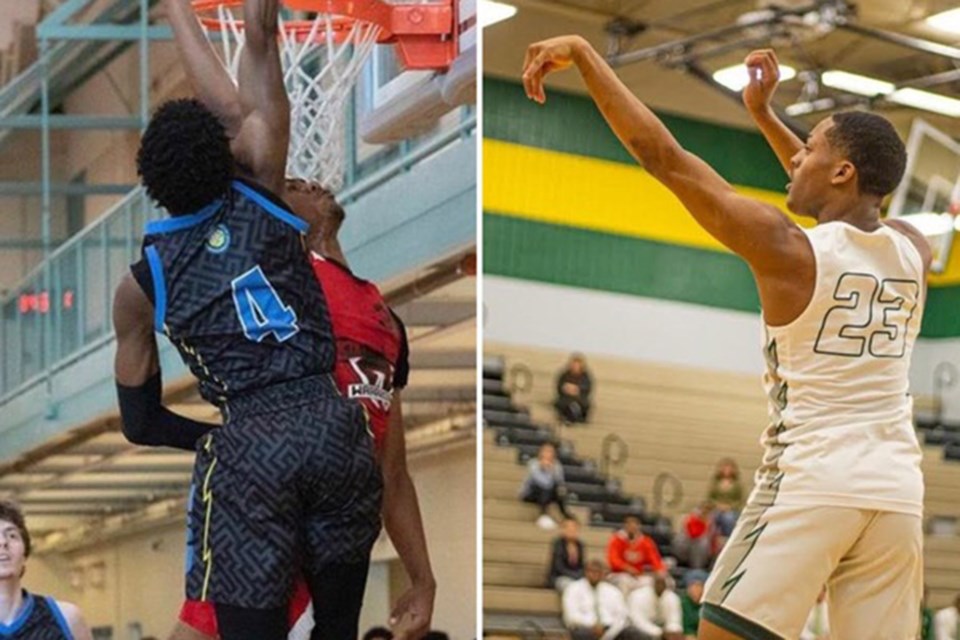 OLDS — The Olds College men’s basketball team has announced the signings of five players that head coach Harrison Corolis hopes will help his team build a winning record -- whenever the season starts.

Last season, the Broncos men’s basketball team finished with one win and 20 losses.

At press time, it was unclear when – or whether – the team would be able to get some games in. Corolis was hopeful they might be able to play some exhibition games.

Del Mar, a native of Harvest, Alabama, comes to Olds College after spending his third year of eligibility with Academy of Art University in San Francisco, a National Collegiate Athletic Association (NCAA) Division 2 school, where he shot 51.8 per cent from the floor.

Prior to attending the Academy of Art, Del Mar spent a season at Central Wyoming College and Central Arizona College in the National Junior College Athletic Association (NJCAA).

Del Mar shot 56.8 per cent from the floor at Central Wyoming and 47.9 per cent at Central Arizona.

Deere, a native of Illinois, played his second year of eligibility at Triton College in River Grove, Illinois where he averaged eight points per game while shooting 49.1 per cent from the field.

Deere spent his freshman season at Emporia State University in Emporia, Kansas, an NCAA Division 2 school. While there, his best games were against Pittsburg State and Northwest Missouri State, two basketball powerhouses.

Nzige-Nyambok is from Markham, Ontario, just north of Toronto.

Before coming to Olds, he played for the University of Rochester in the state of New York. While there, he played his best basketball against Rochester Institute of Technology and and Brandeis University.

Before that, Nzige-Nyambok prepped at MacDuffie School in Massachusetts as well as Bill Crothers Secondary School in Unionville, Ont.

Before coming to Olds, he played his senior season at Start High School in Toledo, Ohio.

Corolis says Lawler-Showers will be “a serious threat for the Broncos from beyond the three-point line," having averaged 27.6 points per game throughout his high school career.

Lawler-Showers was named a third team All-State player, first team All District and Co-League Player of the Year.

"We're really excited to bring in a player with (his) grit, athleticism, and energy to our program,” Corolis said.

“His ability to shoot the ball from just about anywhere could make him an immediate threat in our conference from Day 1."

Lennox, a 6'1" guard, from Hamilton, Ont., returns to Olds College where he trained with the Broncos basketball program during the fall of 2020.

Lennox played his high school basketball at Bishop Ryan Catholic Secondary School in Hannon, Ont. where he fired 23.7 points per game, obtained 7.5 assists per game, 3.2 rebounds per game, and 2.4 steals per game.

"Tyreik's ability to attack the paint, play through contact and to play above the rim give him the tools to create a possible highlight reel every time he has the ball in his hands," Corolis said.

Nzige-Nyambok told The Albertan he decided to come to Olds College to help build the program and because he knew of Corolis through a basketball camp he attended.

“Just the way he recruited me made me feel like that this place was a place I could come in and flourish really, as a basketball player and then also as a student,” he said.

Due to pandemic restrictions, Nzige-Nyambok has not yet had a chance to actually play a game for the Broncos in the Alberta Colleges Athletic Conference (ACAC) but he’s watched some videos of ACAC teams in action.

He was asked how it compares to Division 3 basketball.

"It’s actually a little bit more higher, faster paced. On top of that, I’d say there’s not as wide a range of height I would say across all teams,” he said.