The annual Olds Ladies Bonspiel had fewer teams this year than previous years; 18, compared to the previous 22 or 24, but sponsorship was strong, about on par with other years, according to Connie Strautman, chair of the spiel's organizing committee.
Mar 14, 2019 11:43 AM By: Doug Collie 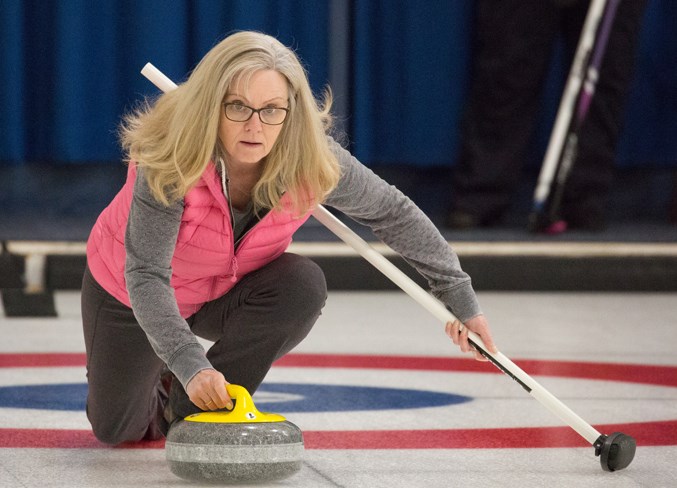 Terri Sperle throws a rock during the Olds Ladies Bonspiel.

The annual Olds Ladies Bonspiel had fewer teams this year than previous years; 18, compared to the previous 22 or 24, but sponsorship was strong, about on par with other years, according to Connie Strautman, chair of the spiel's organizing committee.

Strautman says they also attracted some younger players, which in turn resulted in some kids hanging out at the curling rink, something that hasn't happened for several years.

Strautman believes the number of teams entered this year declined as a result of the timing of the event. The Olds Ladies Bonspiel is always held during the first weekend in March.

"It was still the same weekend, but it was March 1st to 3rd and it's usually like the 5th or 6th or 7th, so some people couldn't make it. And then it was the first weekend of the Brier and some people go to that," she said during an interview with the Albertan.

"It's just the way the calendar worked out."

Strautman says despite the drop in teams this year, the timing of the bonspiel won't change. It will continue to occur the first weekend in March.

Overall, she said the tournament turned out well.

"Eighteen teams is fine," Strautman said. "The support is there and the community supported us really well. And the curling is still there and we had some new, younger teams, so it's nice to see young people coming out too.

"We had a lot of local people, so it was really nice to see them out and about. And then the spouses come and support.

"And it was nice seeing a lot of kids, young kids at the curling rink, watching their parents — their mom out there curling. So it's good to see it sort of coming around a bit. That's one thing that we really noticed — having a lot of kids there. It used to be that way and then it sort of faded off and now it's back."

Strautman is grateful not only for the support of the business community and local residents, but also from curlers in the ladies' league who also helped organize the tournament.

She said organizers were pleasantly surprised at how strong the sponsorship was, given the state of the local economy.