Curling back on ice after five-week delay

Members of the Olds Curling Club were finally able to get back on the ice again last week after a five-week delay, caused by repairs that had to be made to the curling plant's chiller.
Dec 4, 2018 8:30 AM By: Doug Collie 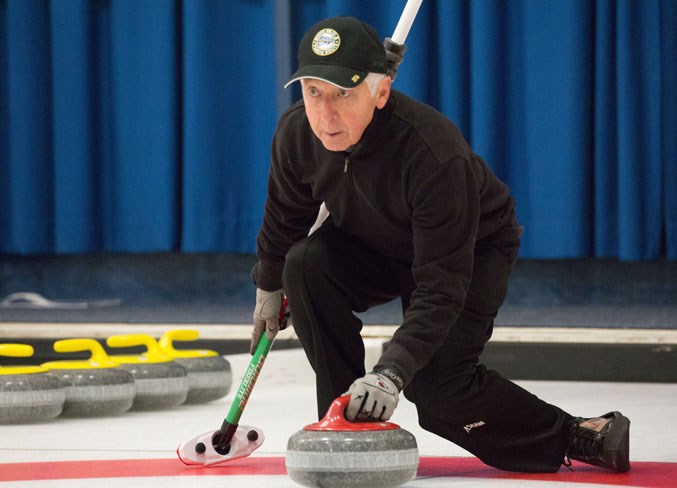 Grant Spence throws a rock at the curling club.

Members of the Olds Curling Club were finally able to get back on the ice again last week after a five-week delay, caused by repairs that had to be made to the curling plant's chiller.

The problem was "similar" to the one that resulted in the death of three workers in Fernie, B.C., director of operations Scott Chant said during an earlier interview. Those three workers were found to have died as a result of an ammonia leak at an ice rink there in October 2017.

This past August, as workers were getting the facility ready to make ice for the curling season in Olds, it was discovered that the curling rink chiller had “an internal leak which caused contamination of the brine with the ammonia,” Chant said.

The chiller was then inspected.

“At that time it was noted that the tubes inside the chiller had corroded to a point it was leaking,” Chant wrote in an email to the Albertan.

After the repairs were made, curlers began taking to the ice in Olds on Monday, Nov. 26.

As a result of the delay the club's learn-to-play session was postponed to Dec. 1.

Other than that, the delay didn't really cause any issues, Miller said.

"The only thing it affected is the fact that we lost five weeks out of our season. Everything else we were able to reschedule and postpone and change. So yeah, other than that, we didn't really lose anything," he said.

"We started curling Monday as planned and on schedule and everything was good. We started making ice on last Tuesday (Nov. 20) I guess it was, and everything went off without a hitch and we had ice ready to go on Sunday.

"The plant's running and everything's going well. We're just looking forward to having a good season."

Miller says it's too early to know how many curlers will be participating in that event, and thus, the spinoff it could create in the Olds economy.

"It'll all depend on entries from throughout the province. And that's kind of why the schedule is open for an extra day, just in case we need it. At this point, we don't know how many teams we can expect," he said.