Area school divisions unsure when sports games can be played 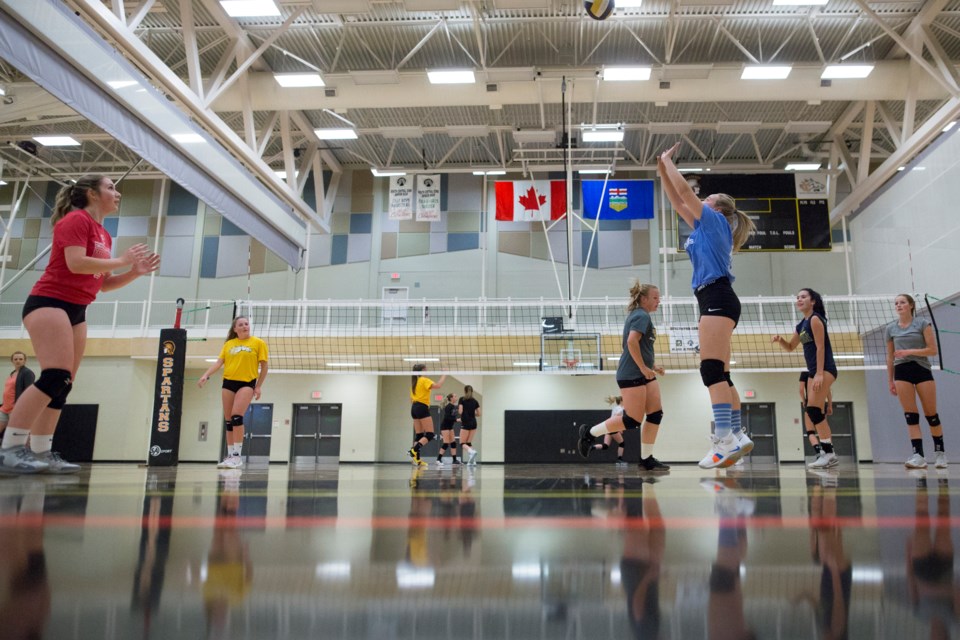 Chinook's Edge School Division officials say practices can be held for school sports after Sept. 14 but there's no word on when games could happen. File photo/MVP Staff

INNISFAIL - As school begins again, it’s unclear when students in Chinook’s Edge School Division (CESD) will be able play any sports, as a result of COVID-19 pandemic protocols.

Right now, the decision is they won’t even be able to stage practices until after Sept. 14, although administrators will take another look at that plan on Sept. 11.

The CESD and Red Deer Catholic Regional Schools (RDCRS), which includes Holy Trinity Catholic School in Olds and St. Marguerite Bourgeoys Catholic School in Innisfail, is awaiting a decision from the Alberta Schools Athletic Association (ASAA) on how to proceed from there.

In turn, the ASAA is awaiting further guidance from the Alberta government via Alberta Health Services before making a decision on when games may be played and at what level.

What is known is that the ASAA has postponed all provincial championships in sports like cross-country running, football, volleyball and golf until the Alberta government moves to Stage 3 of its COVID reopening plan and “outlines the implications for inter-regional sports competition.”

ASAA Executive Director John Paton announced that decision in a statement posted to the ASAA website.

Stage 3 will include “major sporting events” with restrictions.

“At this point in time, we are still working with the ASAA and our schools to come up with a plan,” RDCRS communications specialist Haleigh Sanderson (Packer) wrote in an email.

She said the division hopes to have more information on the matter this week.

Sacher said the CESD decision to only allow practices after Sept. 14 was taken to give schools time to adjust for the first couple of weeks as students return to class.

He said it wasn’t taken lightly.

“We do know the profound difference that these programs have for our students,” Sacher said during an interview.

“Our extra-curricular athletic programs have a profound impact on student engagement with the school, with their mental health, with their self-confidence.

“And there’s research to show that it actually helps student learning when kids are more involved in their school’s athletic program, so we are big supporters of that.

“If we can get past some of the safety challenges, we’d love nothing more than to get rolling with it,” he added.

Sacher said down the road, it may be possible for schools within the division to compete against each other. There may even be a possibility of staging zones.

But he’s doubtful any schools will be able to host provincials for a good long time.

“It’s one thing to try to get it so you can play teams within your zone, but the whole notion of provincials, where you’re playing against teams from all over Alberta, they’re pretty confident those kind of events are unlikely,” he said.

“So it does sound like some of the provincial events are going to be in jeopardy for sure.

“The question that we’re waiting for some direction on is around whether or not even within your zone or your school division, you know, two or three cohorts of schools could play each other and you keep it tight that way.

“But the minute we, for example, have Olds playing against Sylvan Lake, you expose kids to another cohort, right? And from a health perspective, they do worry about that.”

Sacher conceded there is a health risk simply from having student athletes touch a ball – be it a soccer ball, football or basketball. But he said that risk has to be weighed against the benefits of athletic competition.

“The minute you have people in schools -- as much as we’re going to do everything we can to adhere to the guidelines, we are going to do to mitigate or reduce the risk, but we will not extinguish the risk,” he said.

“And what they say is that there’s a danger in both directions. Like, if you don’t get on with it with schooling, there’s the educational problem. There’s also the mental health risk and so on.

“So you have to find kind of the sweet spot of moving forward where you’re being really reasonable with protecting everyone’s safety with the fact that you know, we kind of need to get on with schooling and education.”

Football returns to Innisfail and Olds
Aug 29, 2020 3:00 PM
Comments
We welcome your feedback and encourage you to share your thoughts. We ask that you be respectful of others and their points of view, refrain from personal attacks and stay on topic. To learn about our commenting policies and how we moderate, please read our Community Guidelines.