DIDSBURY - A local meat cutter from Didsbury recently qualified for the chance to represent Canada at the World Butchers' Challenge in Sacramento, California next September.
Oct 22, 2019 6:28 AM By: Craig Lindsay 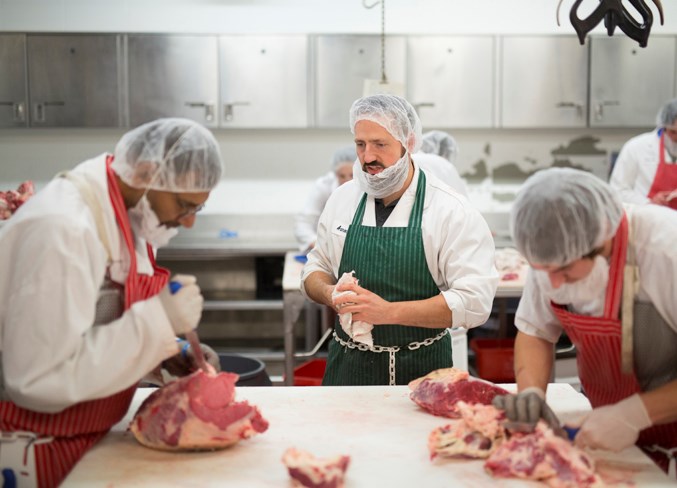 Aaron McLaughlin works with students at the Olds College meat department on Oct. 8.

DIDSBURY - A local meat cutter from Didsbury recently qualified for the chance to represent Canada at the World Butchers' Challenge in Sacramento, California next September.

Aaron McLaughlin, who teaches meat processing at Olds College, was thrilled to learn he was one of seven butchers from across the country selected for Team Canada.

"I work for the meat program here at the college," said McLaughlin. "It's called the National Meat Training Centre. I've known about the World Butchers' Challenge and followed it for years. The majority of the competitions were just between Australian, New Zealand and Great Britain.

"This is the first year that Canada's put in a team. The organizers put it out on social media that they were looking for entries so I filled out an application."

"What they did is a social media competition," said McLaughlin. "Because Canada is quite vast they wanted entries from all over Canada. So there was a variety of video challenges as well as photo contests just to showcase their skills and so on."

McLaughlin said the judges wanted to see specific cuts of meat such as prime rib and lamb shoulder.

McLaughlin said he and the other team members will be getting together in Niagara Falls later this month for training.

McLaughlin said the group is hoping to come out and use the Olds College facility for one or more of the sessions.