Two golden eagles are receiving treatment at the Medicine River Wildlife Centre after being trapped in snares set for wolves, say officials.
Mar 1, 2016 12:00 AM By: Dan Singleton 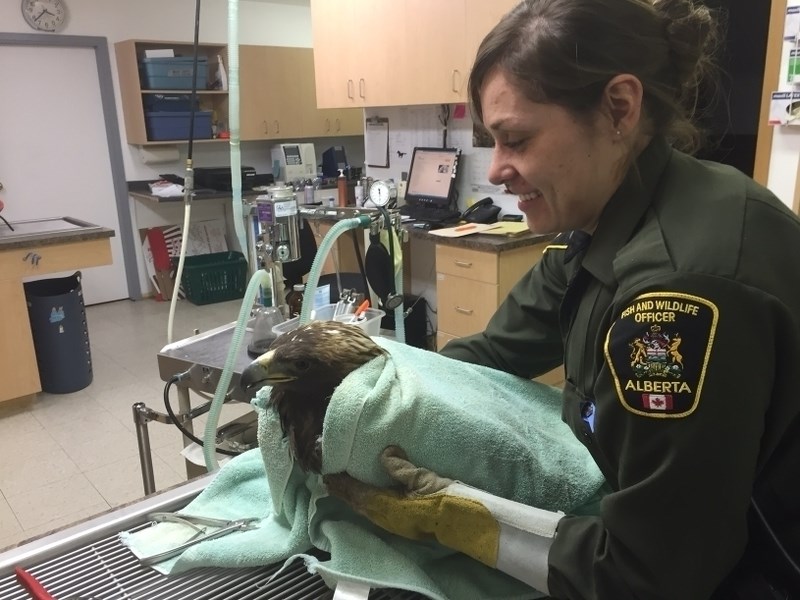