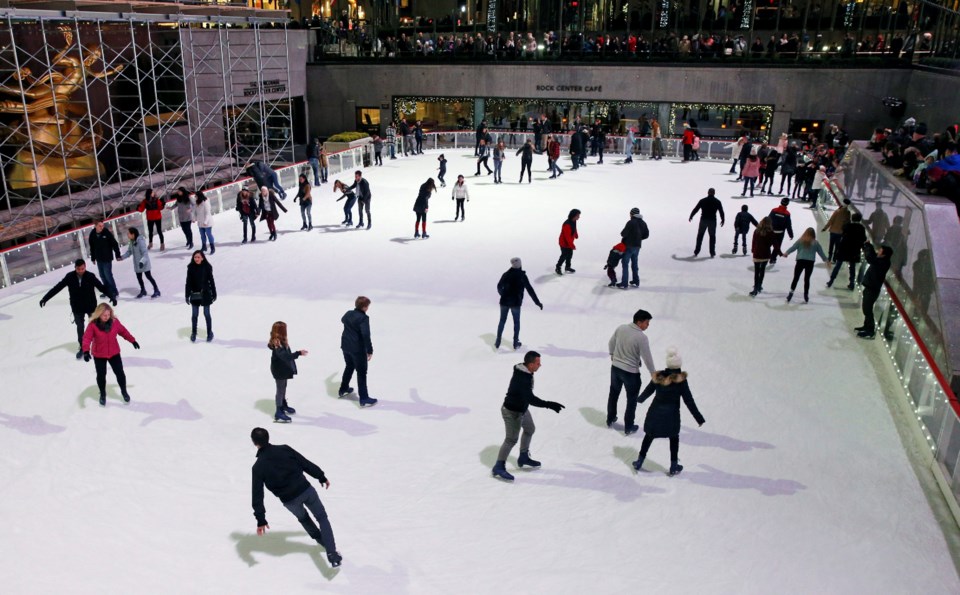 NEW YORK — The Rockefeller Center ice-skating rink is opening in a limited way but on time for the holidays.

The iconic, sunken rink in midtown Manhattan is welcoming skaters Saturday afternoon as part of a tradition dating to the 1930s, according to the Rockefeller Center .

The rink is operating at reduced capacity, with skate time limited to 50 minutes. Masks are required as a further pandemic safety measure.

The says there’s legend that the rink was inspired by “a Depression-era skate salesman who demonstrated his product by skating on the frozen water of the Rockefeller Center fountain.”

It officially opened as a “skating pond” on Christmas Day 1936. It was supposed to be temporary but became so popular it became a permanent fixture for the holiday season.

Another seasonal fixture, the Rockefeller Center Christmas tree, went up last weekend and will be lighted Dec. 2.

Palestinians protest against Abbas after activist's death
Jun 25, 2021 6:24 AM