Reimagining ‘The Secret Garden’ for a new generation 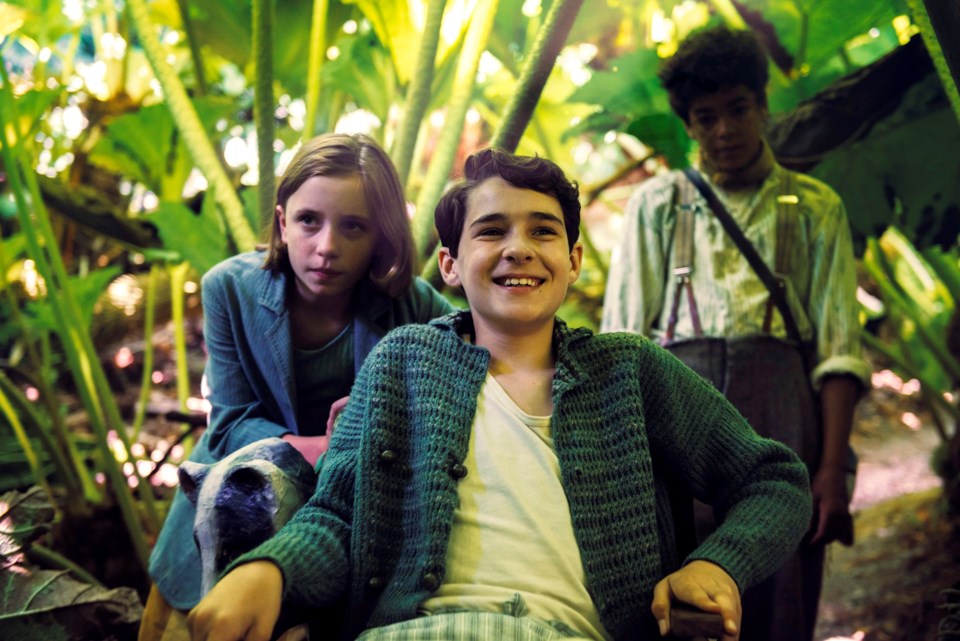 Frances Hodgson Burnett’s children’s classic “ The Secret Garden ” has been adapted into several films, television series and even a Broadway musical. But it had been 27 years since Mary Lennox had last been committed to film and the time seemed ripe for another visit to Misselthwaite Manor. Like “Little Women,” every generation is entitled to its own version.

Producer Rosie Alison of Heyday Films (the shop behind the “Paddington” movies) had been enchanted by the 1911 novel as a child and the 1949 MGM version with Margaret O’Brien. She was certain that it held an appeal for modern children, who perhaps didn't have to reach back too far for a connection to the material — a generation who grew up with Agnieszka Holland’s 1993 version are also now grown with children of their own.

“It’s such a beautiful, redemptive fable,” she said. “It’s about damaged, slightly misfit children who are lonely and find friendship in nature. Parents think they'll be bored, but I find that a lot of kids really get into it."

They found supportive collaborators in StudioCanal, who were also partners on the “Paddington” films and are always looking for family fare. Alison said they weren’t hard to persuade, but, “Everybody treaded a little nervously about the fact that it’s not a huge action adventure with branded characters.”

Marc Munden (“National Treasure”) was enlisted to direct, they got Colin Firth and Julie Walters on board and watched around 800 tapes to find their perfect Mary. The part would go to 12-year-old Dixie Egerickx, who displayed a “remarkable intelligence” and understanding of the character.

“She’s not really your traditional heroine,” Egerickx, who is now 15, said. “What I like about her is she’s quite complex. She’s initially very unpleasant, rude and unlikable but we learn that’s because she’s lonely and she doesn’t have anyone.”

The filmmakers were given a relatively modest budget for a film with visual effects ($20 million). But even with the elements of magical realism, most of the outdoor scenes were shot on location, including the garden itself. It was decided early on that it’d be impossible to “invent” nature on a soundstage and thus the filmmakers set off on a 50-garden journey around Yorkshire, North Wales, Wiltshire, Dorset and Cornwall to find the perfect combination of settings for the enchanting, abandoned garden.

“It sticks more to Mary’s imagination and her subjective view of the world, and there are slightly more fluid boundaries between her way of seeing and the world around her,” Alison said. “Now, when she goes into the garden, it just seems boundless, because that’s how it is to a child.”

In order to make it a little less remote for modern children, the filmmakers brought the story forward a few decades from its Edwardian roots. It still had to be in the past, Alison said. Things like child services and health and safety would be involved if it were too modern.

But now, instead of 1911, it’s set in 1947 in a post-World War II framework. Still, most of the notes will feel familiar. Mary still hails from India, her parents still die of cholera and Archibald Craven (Firth) is just as distant and ghostly as ever.

Like so many films during the coronavirus pandemic, “The Secret Garden” was meant to be a big screen experience. Now, it's currently available as a video on demand release in the U.S. It will be getting a theatrical run in the U.K. in October, however. And while the situation is disappointing, Alison is trying to focus on the bigger picture

“Hopefully there will be over the years to come, a lonely 9-year-old who has plopped in front of a TV and discovers this and it really means something to them,” Alison said. “I would love for it to give hope to children.”